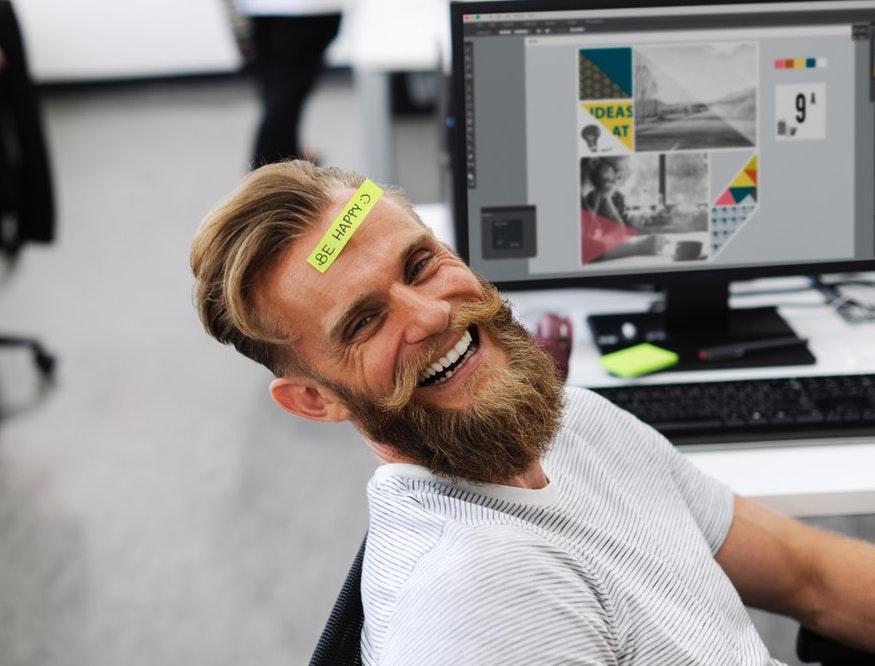 Engagement—the degree to which people invest discretionary effort on the job—has been all the rage in business circles for years. “Engaged” employees are absorbed by and enthusiastic about their work. They have a sense of psychological ownership of their organization’s purpose and success.

The Gallup organization’s Q12 survey has gathered data from tens of millions of people. The good news is that employee engagement seems to be slowly increasing. The bad news is that engagement of U.S. employees still hovers at around 35%.

Think about it. How often have you heard (or said) something like this: “Listen up, folks. We’re here to touch base, circle the wagons, get our ducks in a row, and get everyone working on the same page. Let’s make sure we pick the low-hanging fruit now so we can leverage everyone’s bandwidth. We’re going to beat the competition only if we become game-changing paradigm-shifters and go to the next level.”

Okay, that may be a bit of an exaggeration (or not). But you get the idea. People are not inspired by double talk. They are not motivated by long strings of clichés bereft of meaning or substance. They need specifics. They need examples. They need concrete models and illustrations.

Those issues are at the heart of the work done by Chester Elton, co-author of several bestselling books including All In: How the Best Managers Create a Culture of Belief and Drive Big Results.

I visited with Chester, and came away with insights you’ll find both interesting and useful.

Rodger Dean Duncan: For some people, “culture” is still a kind of invisible, hard-to-define concept. But you point out that a great culture “smacks you in the face with its concreteness.” Give us a couple of examples. 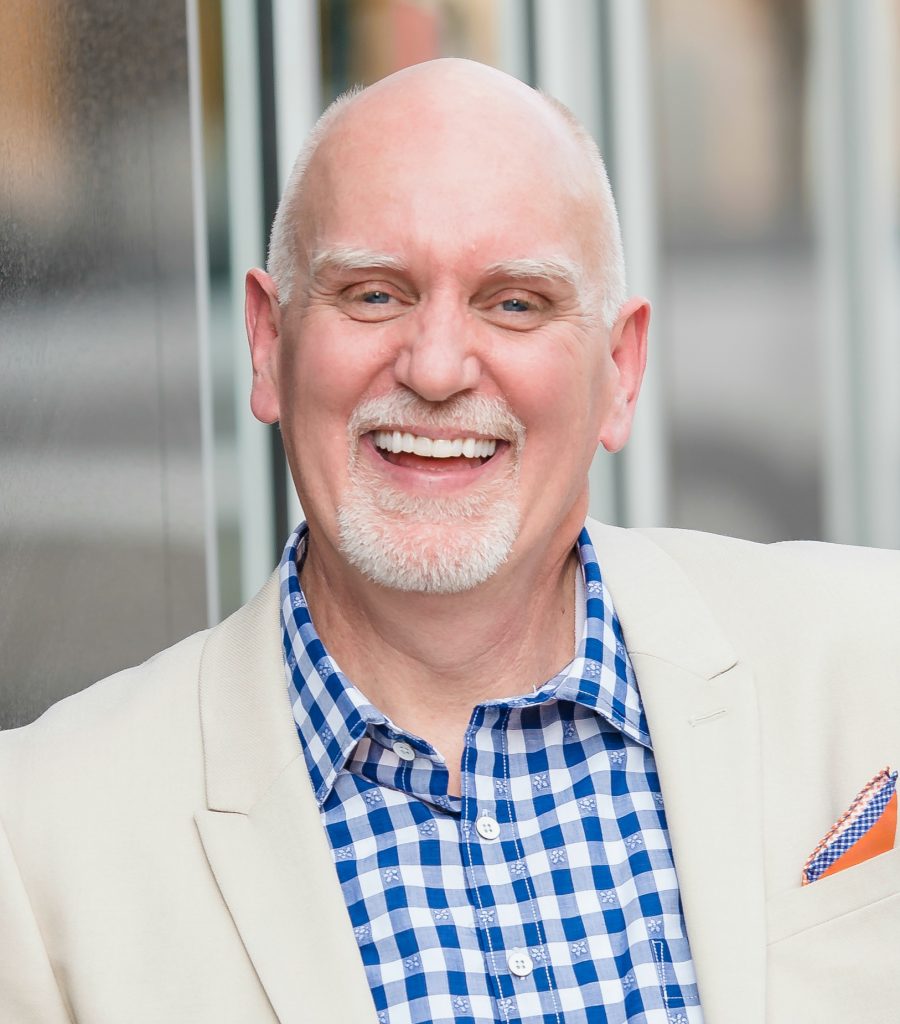 Chester Elton: A great culture has an immediate emotional connection.

As a customer, you can feel it when you walk in the door. One of my favorite cultures is Texas Roadhouse. Love that place! Right as you walk in the door you hear the music, you are greeted by and engaged by the happy staff. Every encounter is focused on their culture of Legendary Food, Legendary Service.

As an employee, or “Roadie!” as they call themselves, it starts long before the door opens. They are all trained, mentored and know exactly how to deliver a TXRH celebration of food and service. They are there to create a memory for you. Maybe it is a birthday, an anniversary, a first date, or your 1,000th date, they understand emotionally that they make a difference with every customer served.

That is a culture that smacks you in the face! And it’s so fun! And by the way, very profitable!

Duncan: Many business people are talking about “engagement,” and most agree it’s a good thing. But true engagement seems to be an elusive goal in most organizations. Why?

Elton: True engagement starts with the relationship with the immediate supervisor. Most organizations don’t give those leaders enough training to make that happen. The focus is too much on the numbers and not enough on the people.

The funny thing is that it really doesn’t take that much time. Good leaders make time to talk to their people about their goals, needs, and ambition. Exceptional leaders do it at least once a month or more. Simple conversations like, “Where do you want to be three years from now?” “What do you think your best contributions are to the team?” “How can I help?”

It really is that simple. The hard part is the discipline to do it.

American Express is an excellent example of how they invest in their people in a very disciplined way. They have leadership development, mentoring and coaching for leaders at all levels. They constantly encourage growth and movement within the organization. It’s part of their culture to engage and care about every employee. They attract great talent and retain great talent.

Duncan: “Motivated reasoning,” you say, makes it hard for people to change their minds on an issue, even in the face of rational information that contradicts their beliefs. What role does “motivated reasoning” play in an organization’s culture-building efforts, and what can leaders do to break the logjam?

Elton: The best way to break the logjam on “Motivated Reasoning” is to get emotional buy-in to the new idea. You can’t change their minds with facts, so you must make the appeal to build on what they believe to take them to a better emotional buy-in.

Having said that, it’s really hard. And sometimes you have to move people to a different role or even out of the company to move forward. That’s a hard thing to change. If you come across any better ways to deal with it please tell me!!

Duncan: You use the “burning platform” metaphor to represent a sense of urgency that can influence people to invest more effort in the success of their enterprise. But most organizations don’t face a challenge as obvious as an encroaching competitor gobbling up huge chunks of market share. How can leaders “frame the conversation” so their people can relate to—and embrace—the need to change?

Elton: You need to always have a culture that embraces new ideas and change. That can be the constant “burning platform.”

WD-40 is an excellent example of a sense of urgency and a burning platform with a very simple product that has been around forever! I’m sure you have at least one of those blue and yellow cans around the house.

How was that done?

With a sense that we can always get better, do more and innovate in a very safe environment. Their motto is, “There are no mistakes, just learning opportunities.” It is safe to fail. It won’t end your career.

In fact, the name WD-40 means, Water Displacement the 40th try. It was formula number 40 that was finally the one that worked the best. Thirty-nine other versions just weren’t good enough. It’s baked into the culture that you are going to fail. The question is, what did you learn and how will that make us better? That’s what really matters. 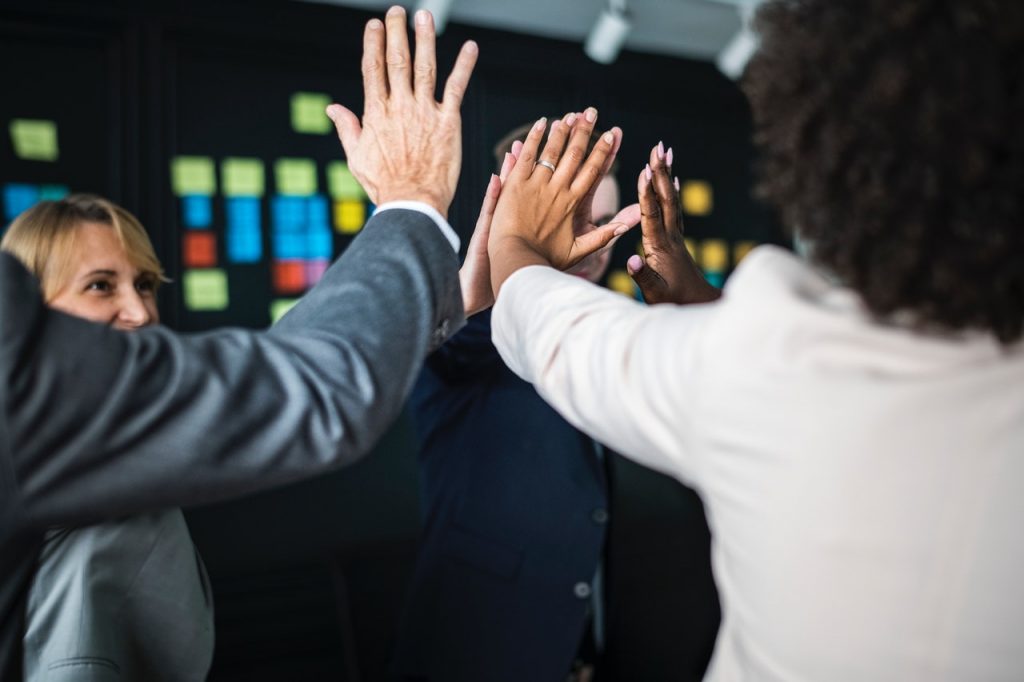 Duncan: What are some of the most effective things leaders can do to model commitment to the organization’s mission and values?

Elton: I have never seen a great culture, team or leader that didn’t celebrate their successes along the way.

The best thing leaders can do is make sure their people know they are cheering for them. Not just the big events like hitting the quota or the year-end holiday celebration. Those are important. What I’m talking about is the day-to-day appreciation of all the little things that are done right to keep the company moving. These are the behaviors that best exemplify the mission, vision and values.

No one feels over-appreciated at work. In 20 years of asking the question, “Raise your hand if you are getting too much recognition at work?” only one person ever raised his hand. (I’m pretty sure he was being sarcastic.)

Never underestimate the power of a simple thank you. It’s the most underutilized tool in a leader’s toolbox.

Carlos Aguilera at Avis Budget Rental Cars is a perfect example of how to create a culture of appreciation that focuses on the right behaviors that put the mission, vision and values into practice.

He puts ten coins in his left pocket every day and sets a goal to have ten positive interactions with his people every day. The simple things he notices could be a clean area, a kind word to a customer, someone going the extra mile for a customer on crutches. A note, a text, a phone call. It all adds up to a culture where people believe what they do matters. Carlos is on the look-out for employees who have “tried harder” for customers. His people believe, every day, that they can make a difference.

Duncan: You recommend that, in the interest of strengthening customer loyalty, leaders should allow key employees to disrupt and innovate. What are some examples of that?

Elton: Bell Helicopter is an example of allowing employees to disrupt the status quo. In fact, their CEO Mitch Snyder believes that harmony is overrated.

What he has done is establish ground rules for disruption. It’s a way of keeping the conversations focused on innovating or solving a problem rather than getting your idea rammed through. The best ideas need to win.

Here are the rules:

Duncan: Many organizations use 360-degree feedback as part of their performance improvement efforts, and you endorse that approach. What are the keys to using 360s to the greatest advantage?

Elton: The 360 is only as good as the follow-up. Leaders must be willing to be totally open and honest about the feedback. If after the 360 there is no conversation, it’s worthless.

Three keys for any leader are:

If that happens, the feedback on a 360 can elevate the leader and the team. There will be more trust and engagement going forward.

Duncan: “Transparency” gets a lot of play in the public dialogue nowadays. In terms of building workplace trust and engagement, where’s the sweet spot between openness with employees and the need to shield proprietary information from the prying eyes and ears of competitors? 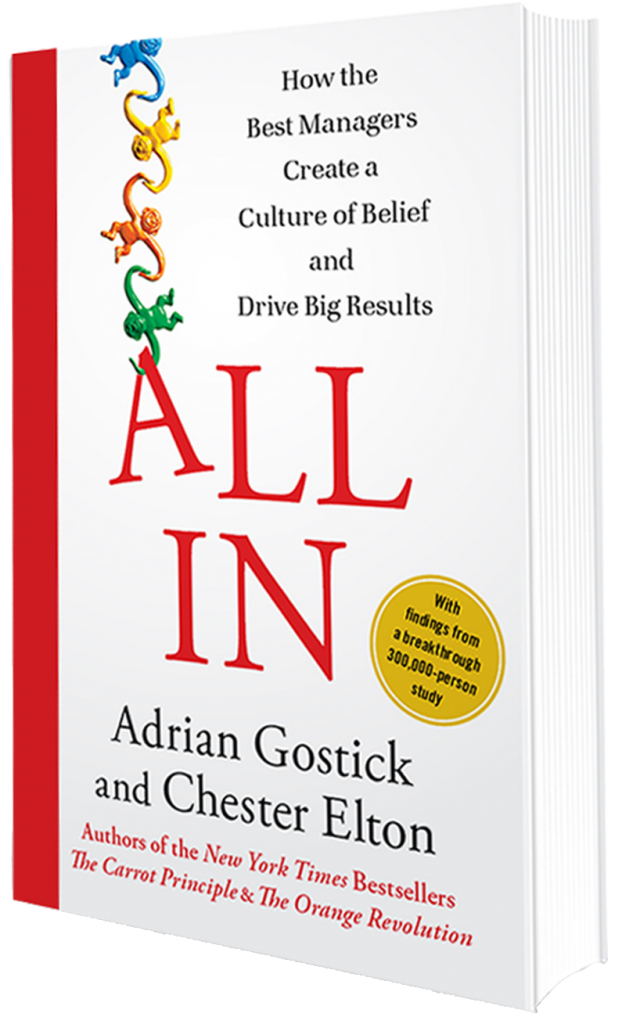 Elton: Transparency is the key to trust in the workplace. I love the advice to leaders that goes like this, “You think they don’t know. They do!” There really aren’t too many secrets in business anymore, so why not get out in front of that and be open and candid about what you do, how you do it, and why?

Having said that, there are things that cannot be discussed openly. Mergers and acquisitions can be tricky subjects. In those cases, a simple message that those subjects are out of bounds helps, and perhaps even illegal. If you have been open about everything else along the way you will have the trust of your people and they will understand that some things are best kept to the few not the many.

Duncan: “What’s In It for Me?” is a question asked by most people (at least in their own minds) about their workplace experience. What are some effective responses—explicitly verbalized or otherwise—that a leader can offer to that question?

Elton: Everyone I have ever talked to about work has one thing in common—they want to be happy in their work. They want to believe that what they do matters, that it makes a difference, and that when they make a difference it’s noticed and celebrated.

Research by Professor Sonya Lyubomirsky at the University of California shows that if you are happy and engaged at work you are 150% more likely to be happy in your personal life.

That’s the biggest pay-off I can think of, the best answer to “What’s in it for me?”

All these things work to create a better workplace culture. They also work in creating a better personal life culture too. We shouldn’t leave all these best practices at work! We should take them home to the people and culture that mean the most to us.

Posted in Blog, The Duncan Report and tagged Culture, engagement, Leadership
← You’re Contagious, So Make the Most of ItIs ‘Motivation’ More Nuanced Than You Thought? →