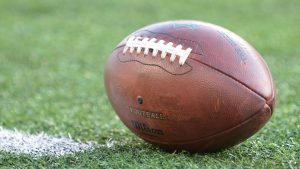 Late every year it’s college football’s championship bowl season. One more chance for the players to strut their stuff. And another round of post-game interviews with the coaches.

Soaked in celebratory Gatorade, the coaches often sound as though they use the same crib sheet of clichés: “Our guys came to play.” “We managed to overcome adversity.”

The post-game interviews have a strange sense of sameness. But then what should we expect when the questions—like “How does it feel to win the big one?”—are often so predictably inane?

But if you care to listen carefully, you might pick up an interesting theme. It’s the theme of love and discipline. Good coaches seem to love their players, and good players seem to love each other. And discipline? Sure, being an accomplished athlete requires lots of personal discipline. But being a winning team—especially at the end of a long season—requires collaborative discipline.

Interestingly, love and discipline don’t seem to be mentioned very often in discussions of leadership.

But John Eades talks freely about both. He’s the author of Building the Best: 8 Proven Leadership Principles to Elevate Others to Success.

I talked with John about the nature of leadership and the role of love and discipline in boosting performance.

Rodger Dean Duncan: “Leadership” is one of those words that seems to have dozens of definitions. What is your definition, and why do you define it in the way you do? 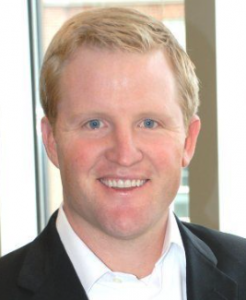 John Eades: It’s easy to see why there are many ways to define leadership. Many tremendous leaders have left us with their input. The definition that I commit to memory and hold myself to is: inspiring, empowering, and serving in order to elevate others over an extended period of time.

These words are chosen carefully and for great reason. The word inspire has its origin from Latin, and it means “to breathe life into.” Empower means “to give control over another’s life and the authority to do something.” Serve comes from the Latin word servant, in a modern context it means, “to devote (part of) one’s life or efforts to others.” All three are paramount in order to elevate others, which is the key to successful leadership today.

Eades: Great leadership is often caught and not taught. So the single best way to teach it is for a leader to model it by “elevating others.”  This will allow people being led to have an example of “what great looks like” so they can learn and model it when they have the opportunity to lead.

It’s important to note, I didn’t use the word perfect because no leader will ever be perfect.  It’s all about the leader’s actions being in the best interest of the people they lead and not themselves.

Duncan: Love and discipline, you say, are key ingredients in effective leadership. In a business environment, what does that look like in terms of observable behavior?

Eades: Before we make any kind of Human Resources violation it’s important we define these two terms.  Love is defined as, “contributing to someone’s long term success and wellbeing.” Discipline is defined as, “to promote standards in order for an individual to choose to be at their best.”

A great example of this in action would be a leader setting a new standard such as, “each team member remains coachable.”  Then the leader gives praise, acknowledgment, or shares disapproval with a team member when the standard is or isn’t met.

The observable behavior would be the creation and communication of a new standard that not only solves a problem but helps team members for the rest of their life.  Followed up by the leader having a direct dialogue to hold team members accountable for meeting or exceeding the new standard.

Duncan: What role does mindset play in a person’s leadership development efforts? 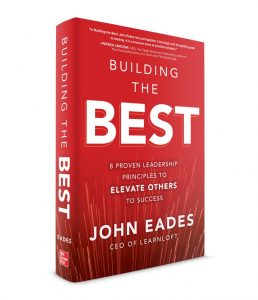 Eades: Mindset is critical in the development of leadership skills or for that matter any skill. Specifically one kind of mindset, a growth mindset. The term growth mindset was coined by Carol S. Dweck, and it means we can grow our brain’s capacity to learn and solve problems. Unfortunately, the majority of professionals fall into the category of a fixed mindset by believing they were either born with the ability to get the job done or they weren’t.

Once a professional has their mindset on one of growth, then they will begin to take proactive measures to develop themselves as a leader. Until this happens, it doesn’t matter what leadership development content an organization provides them, it won’t go very far.

You quote Starbucks founder Howard Schultz as saying “the most undervalued characteristic of leadership is vulnerability and asking for help.” Give us a couple of examples of that.

Eades: Things change so rapidly, leaders cannot afford to let their egos get in the way of moving their businesses forward. This requires leaders to admitting they were wrong and asking for help on an ongoing basis.

An example of this in the workplace would be how they introduce a new standard. The best leaders place the blame on themselves which drastically improves buy-in.

Instead of saying, “Here’s how you must do things from now on,” great leaders say, “I realized I failed you from a leadership perspective (vulnerability), and here is how I propose we solve it (new standard). Can I count on your help?”