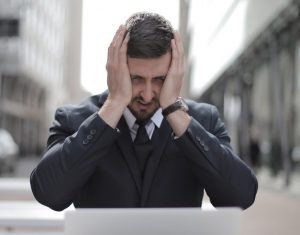 What do you do if you feel you’re getting ripped off by a service that’s crucial to your business? And what if you’re sure a lot of other people are equally disadvantaged and disgusted?

If you’re Jim McKelvey, you start a new company that not only solves the problem but blossoms into an industry-changing phenomenon.

A short version of this story started in McKelvey’s St. Louis glassblowing studio. A lady came in to buy a piece of artwork that had been gathering dust on the shelf. When it came time to pay, the customer pulled out an American Express card. Alas, the studio accepted only Mastercard and Visa. The sale was lost.

But this was only the most recent of Jim’s endless frustrations involving credit cards. The equipment was expensive, the contracts were indecipherable, random charges were common. No wonder so many small merchants limited their businesses to cash-only transactions.

Still mourning the loss of the sale, Jim looked at his iPhone. It “was a magical device that could instantly become a book or TV or map or camera or photo album or jukebox or whatever else I wanted,” he recalls thinking. “So why couldn’t this device process credit cards?”

Jim teamed up with a young friend named Jack Dorsey (who would later found a company called Twitter—you may have heard of it) and the two of them formed Square. What is Square? It’s the mobile payments company that has turned the credit card business on its head by giving millions of small merchants an alternative to expensive charge processing.

The saga of Square’s birth and growth is fascinating. But underneath it all is an entrepreneurial framework that has helped standout companies as disparate as IKEA and Southwest Airlines rise to the top of their industries.

With lots of compelling stories and examples, Jim explains that framework in The Innovation Stack: Building an Unbeatable Business One Crazy Idea at a Time.

Rodger Dean Duncan: You say Innovation Stacks are hard to see in the present but they can be viewed more easily by looking back in time. Can you give us an example?

Jim McKelvey: It’s extremely difficult to see an innovation stack form. First, innovation is a messy, imprecise process. When you’re in the middle of it you’re so focused on the urgent problems that it’s difficult to see the larger implications of what you’re doing. Second, an Innovation Stack takes a while to have any noticeable effect. It’s like finding an invasive species when it’s just a seed stuck to your shoe.

Innovation stacks form when companies are tiny, but they then cause those tiny companies to grow until they are world-famous. It’s not hard today to see IKEA is the most significant furniture company on the planet. But back in 1953 when IKEA opened the world’s first catalog showroom in Älmhult, Sweden, or in 1956 when they added self-assembly, few people saw how important they would become. 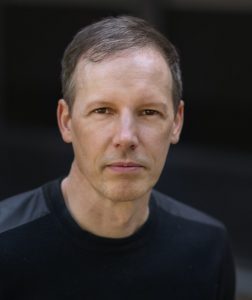 Duncan: Innovation Stacks, you say, are built the same way pioneers traveled without maps. What does that mean?

McKelvey: We are a map happy species. Maps make travel comfortable and predictable, but we can travel without them. In fact, if we are doing something new or exploring an uncharted area, there can be no map. Explorers draw the map as they go, so they should pack differently.

One of the publishers to which I showed The Innovation Stack refused to even read the manuscript because it had no checklists. But how do you write a checklist for something that has never been done? I understand that most of our lives we should travel the paths of others. But this should not be our only choice.

Duncan: You suggest that the phrase “So we have to …” helps the entrepreneur manage the innovation process. How does that work?

McKelvey: Both research and personal experience have convinced me that true innovation is often involuntary. We innovate only because we have to. By that, I mean the normal thing to do when confronted with any problem is to copy somebody else’s solution. The phrase “So we have to …” is an acknowledgment of desperation. Innovators don’t have a choice. Sometimes if you don’t invent a new way, you die: so you have to.

Duncan: The dictionary definition of innovation focuses on “new”—as in new method, new approach, or new product. You embrace a “copy what everyone else does” formula and say “copy and innovation are partners.” What does that look like in actual practice?

McKelvey: Okay, here’s the formula. Find a problem to see if anyone else has solved that problem and if so, you can copy what worked for them. If not, decide whether you prefer to live with the problem or are willing to try something new. I happily copy anything that works. To innovate just for the sake of making something “new” just gives us blue specs in the laundry detergent. Respect the power of copying. You can copy your entire life and have a great existence. I only ask that people consider innovation when copying fails.

Duncan: What kind of innovations do you anticipate seeing as a result of lifestyle and economic upheaval caused by the coronavirus pandemic?

But there are two classes of innovation that I really look forward to seeing.

The first is a specific response to a changed world. The world will never return to the way it was, but nobody knows what it will be. We might turn all the cruise ships into floating quarantine zones. Or just the opposite—with a virus spreading everywhere maybe the ships will be the only safe places. Either way, I’m still not getting into the hot tub.

The second response is the opportunity of chaos. Amazingly, all the companies I studied endured massive calamities from World Wars to the Great San Francisco Earthquake. Chaos is more devastating to the establishment than the startup, so we are in for a new wave of innovation. There are world-changing companies being born right now while everything is crazy.

Duncan: You suggest that entrepreneurs should get comfortable with discomfort. Please elaborate.

McKelvey: Discomfort and innovation are partners. Doing something new, something that might not succeed, is uncomfortable at best and often terrifying. Unfortunately, there is no way to prepare for the unknown. But we can prepare to keep going when things get uncomfortably scary. Harry Houdini, whose job involved escaping from shackles while submerged underwater, took cold showers every morning. Every bit of preparation helps. If you are familiar with discomfort, you are less likely to panic when you get handcuffed and tossed in a river.

I have seen a lot of talented people quit when things get uncomfortable. If you truly want to quit, that’s fine. But a large number of these people think the discomfort is a signal that something is wrong, and it often isn’t. Innovation is rarely comfortable, so some discomfort may actually be a sign of progress. If you understand why, then you have a choice you didn’t have before. Quitting and continuing are both options. 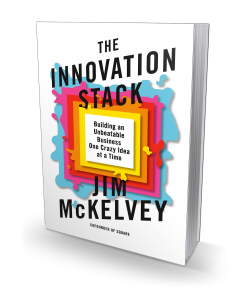 Duncan: Among all the entrepreneurs you’ve studied, perseverance—often displayed as stubbornness—seems to be the most common trait. How does that kind of grit manifest itself in observable behavior?

McKelvey: The easiest way to differentiate an entrepreneur from a businessperson is to see their action during uncertain times. A. P. Giannini, who built the largest bank in the world (The Bank of Italy, which later became Bank of America), was lending money two days after the great San Francisco earthquake of 1906. While the other bankers kept their venerable institutions closed for six months, Giannini was on the wharf with a bag of gold helping his neighbors rebuild their city. The contrast between action and hesitation is a telltale sign of entrepreneurship.

Duncan: You say an entrepreneur doesn’t simply choose a problem to solve. The problem must also choose the entrepreneur. Please give us an example.

McKelvey: Problems are powerful motivators. Innovation is brutal. The failure rate for new solutions is so high that most people quit. What is different about those people who keep going? It’s partially due to the problem they are trying to solve, a problem they care deeply about. For instance, I really hated being ripped off by the credit card companies and losing sales at my glass blowing studio. So I started Square. My anger was a source of energy.

But the problem must be something we truly care about, not just something we think we should care about. Some problems are more personal, and these are the ones that give us the most energy. We don’t control who we fall in love with, or what problems motivate us, so we have to listen.

Latest posts by Rodger Dean Duncan (see all)
0Shares
0 0 0
Posted in Blog, The Duncan Report and tagged Entrepreneur, Entrepreneurship, Innovation
← An Upside To Hard Times: Innovation BloomsYou Can’t Do It All, And That’s Perfectly Okay →
Scroll To Top