Most leaders want to be liked and respected. They also want to inspire high performance. Fortunately, both are possible simultaneously.

But it doesn’t happen without mindful attention to engagement. And engagement is all about learning curves.

Backed by more than 20 years of research, consulting and coaching, Whitney Johnson has plenty of hands-on experience working with teams.

And her new book Build An A Team: Play to Their Strengths and Lead Them Up the Learning Curve offers a step-by-step process for transforming a group of people into a high-powered and productive team.

Johnson shared some of her insights in a recent interview.

Rodger Dean Duncan: An A Team, you say, is a collection of learning curves. What does that mean?

Whitney Johnson: Picture an S. At the bottom of the S, the low-end, is inexperience. In the middle, the steep part, is engagement. At the high-end, the top of the S, is mastery. Every single person in your organization is on an S or learning curve. Every organization is a collection of these curves.

Based on our research, you optimize for innovation (that is, lower your “we’re about to be disrupted score”) as follows:

Want to know if your company or organization is about to get disrupted? Take the pulse of your workforce. If too many people are at the high end, you are at risk.

Duncan: You correctly say that change, not stasis, is the natural mode of human life … that change promotes growth while stasis results in decline. Then why do so many people seem to resist change? 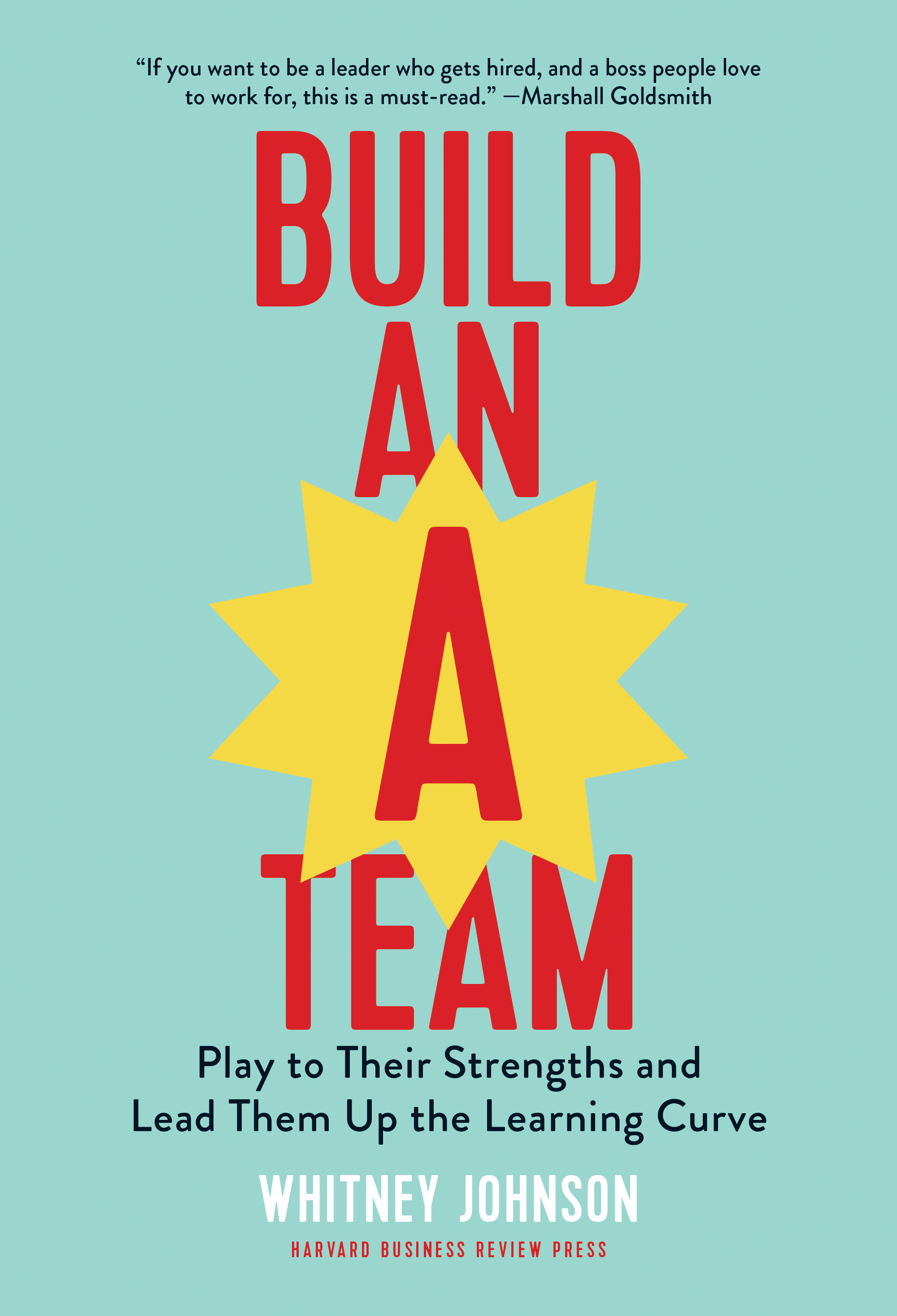 Johnson: We resist change for the same reason we resist jumping off of a cliff. Because it’s scary. What we don’t understand is that there really is no such thing as standing still. Meaning the top of the S we are on, that thing that looks like a plateau, is actually a precipice. It’s the innovator’s dilemma, but for people. Do I wait to get pushed or do I jump? Do I disrupt myself or get disrupted? My framework of personal disruption packs you that parachute, providing a structure to do this.

Duncan: What is “disruptive innovation” and how can an organization help its people practice it in managing their own individual learning?

Johnson: Just as a disruptive low-end product can like Pac-Man eat away at the market share of an incumbent (as Netflix did to Blockbuster), personal disruption is about the movement from the bottom of a learning curve (like when I started as a stock analyst) to the top, and then jumping to the bottom of the next. To learn, leap and repeat. This drives engagement. Engaged people innovate. Companies with engaged people get ahead of the competition. They don’t get disrupted. They disrupt.

Duncan: What common practices by managers are most likely to produce the unintended consequence of damaging engagement of workers?

Johnson: Here are three of the most common mistakes:

Duncan: During the first six months after bringing someone onto a team, what are the most critical things to do to help the new hire succeed both short- and long-term?

Johnson: First, set short-term goals. Clearly define one or two projects for your new employee. Provide clear budgets and precise deadlines. This de facto constraint gives your new employee something to bump up against to assess how well they are doing. Like a skateboarder who gets quick and useful feedback about their various tricks (in the form of falling on asphalt), the new hire will know X leads to success; not doing X you’ll crash and burn.

Second, build out their internal network. Provide a specific list of people to reach out to. Give them credit for doing this. Introduce them to people they need help from and people they can provide help to. The more people they know, the more potential influence they have, the better their ability to get something done.

Duncan: What are the smartest questions to ask (and answer) in helping a team recover from a failure to meet a goal?

Johnson: Here are some of my favorites:

Latest posts by Rodger Dean Duncan (see all)
0Shares
0 0 0
Posted in Blog, The Duncan Report and tagged Leaders, Leadership, Learning, Team, Teamwork
← Are You A (Former) Boss Who Just Won’t Go Away?Mindfulness: The Path To a Successful You →
Scroll To Top