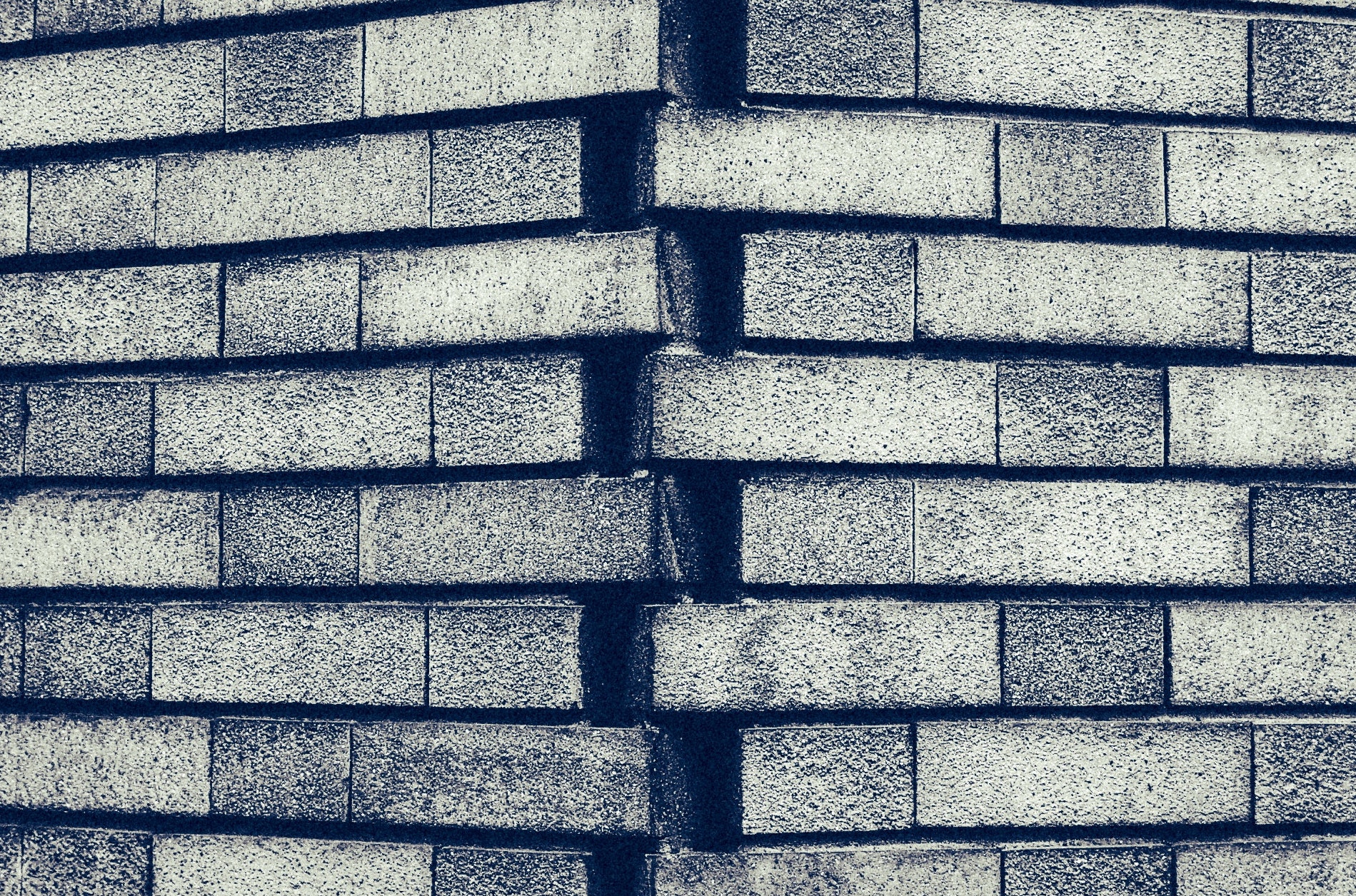 The world is getting too small for both an Us and Them. We do not have separate fates. Like it or not, we are bound together.

This is a reality in all our venues: As a family around the kitchen table. As a community in the town square. As a nation currently polarized as perhaps never before.

Many of today’s politicians and media people are little more than gladiators with microphones. Nobody seems interested in sincerely considering the other side’s perspective. Pettiness and vitriol have become the spice that spoils the stew.

As a young boy, I enjoyed spending hours with my grandmother working on jigsaw puzzles. She especially liked puzzles of outdoor scenes. These were particularly challenging because the colors and textures of nature often merge without clear lines of demarcation. My initial childish inclination was to try to “win” at solving the puzzles. But when I tried to argue or debate, I missed opportunities for progress. I discovered that my piece of a puzzle was both valid and limited. It was not the whole picture. When I became curious and started to inquire about other puzzle pieces (my grandmother’s perspective), I began to see a fuller picture and was better able to collaborate in solving the puzzle.

Effective conversation is a lot like collaborating on a jigsaw puzzle. Each person’s perspective adds to the whole. This is made possible by dialogue. Competing monologues never accomplish anything good.

To get some helpful insights into this conundrum, I reached out to Dr. Walter Sinnott-Armstrong. He teaches ethics at Duke University and is a widely-respected expert on arguing. Yes, arguing. His latest book is Think Again: How to Reason and Argue.

Rodger Dean Duncan: “Argument” has taken on a negative meaning. For many people, the word connotes fighting or attacks or, at best, incivility. In a nutshell, what’s your argument in favor of arguments?

Walter Sinnott-Armstrong: Most people misunderstand arguments. Instead of weapons or sports equipment, arguments are tools for building relationships.

If you simply announce your position—such as that we need carbon taxes to fight climate change—and I simply deny it, we are at an impasse. But if you present premises as reasons for your conclusion—which is what I mean by giving an argument—then I understand not only what you believe but also why you believe it. And if I state reasons for my position, the process of making my reasons explicit in the form of an argument helps me understand my view and myself.

Giving reasons also signals mutual respect and sometimes suggests a compromise that can satisfy us both, at least partially, and that we can work together to achieve.

Duncan: Why do smart and caring people find it so difficult to—as my grandmother would urge—disagree without being disagreeable?

Sinnott-Armstrong: Disagreeable comments and actions are often attempts to gain status and power. Many people like to show off their wit or intellectual prowess in order to make an audience admire or fear them.

They also like to reduce the status of opponents. They call opponents crazy, ridiculous, or childish, because they think we do not need to respect or give reasons to people who are mentally ill, deserve ridicule, or have no more intelligence than a child. Such verbal abuse turns discussions about controversial topics into theater for observers instead of fruitful exchanges between peers.

Duncan: Many people seem to conduct most of their issue dialogue within—as you say—“bubbles of allies with similar worldviews.” What advice can you offer someone who sincerely wants to engage in civil dialogue with people who hold different (or even polar opposite) views?

Sinnott-Armstrong: Pop your bubbles! It’s comfortable to hang around confederates, but you have less to learn from supporters who already agree with you. Your opponents can be more helpful by questioning your assumptions and insisting that you supply reasons, so you should talk with opponents more often than most of us do.

Following this advice will not be easy and will not guarantee success, but it can help.

Duncan: You subscribe to the so-called Rapoport Rules of social interaction. What are those rules, and what’s a good way to encourage their use in our own interactions with people of opposing views?

Sinnott-Armstrong: The famous psychologist Anatol Rapoport recommended that, when disagreeing, “(1) You should attempt to express your target position so clearly, vividly and fairly that your target says, ‘Thanks. I wish I had thought of putting it that way.’ (2) You should list any points of agreement (especially if they are not matters of widespread agreement). (3) You should mention anything that you have learned from your target. (4) Only then are you permitted to say so much as a word of rebuttal or criticism.”

The goal is to create a context that facilitates mutual respect, understanding, and progress.

One way to encourage their use is to use them. If you constantly follow Rapoport’s rules, observers will notice how well this method works and they will imitate your model. Another way is to teach others these simple rules and reward them with praise when they follow them.

We can teach more people than ever before through the Internet. Many commentators blame the Internet for contemporary political polarization, but the Internet can also be used to solve the problems of polarization. A website where visitors are criticized for violating Rapoport’s rules and praised for following them could widely proliferate learning from disagreements.

Duncan: You point out that it’s possible for an argument’s premises to be true while its conclusion may be false. Give us an example.

What is wrong with the original argument is not that its premise is false. The problem is that its conclusion does not follow. Although too many illegal immigrants are dangerous, that is not enough to prove that we should build a wall, because the gang members and drug dealers will find ways to get around or under the wall. It’s important to pinpoint exactly where the argument fails, because denying its premise looks naïve, whereas showing how the premise can be true while the conclusion is false points to a solution: find a way to keep out the gang members and drug dealers but still admit the needy and beneficial immigrants.

Of course, both sides make the same mistakes. Critics of the wall often argue like this: The wall is supported by racists, so the United States should not build it. Defenders of the wall reply that they are not racists, but again both can be correct. Many racists do support the wall, even if most proponents of the wall are not racist.

Nonetheless, the fact that many racists—or even most or all racists—support the wall is not enough to show that the United States should not build it, if there are strong enough non-racist reasons to support the wall. Here again the argument’s premise can be true while its conclusion is false. That possibility reveals new ways to face the facts and serve legitimate interests on both sides instead of yelling slogans at each other and failing to accomplish anything.

Duncan: How can the example you just gave help us evaluate arguments we hear from others as well as arguments we pose to support our own views?

Sinnott-Armstrong: As in my example, when we evaluate arguments by adversaries, we can concede some of their premises without sacrificing our own values. Rapoport tells us that expressing agreement on those premises increases the chances of constructive dialogue.

The same standards apply to our own arguments. When we think that our argument is strong, we should ask which premises would be conceded by cooperative opponents and why they would question the other steps in our argument. Isolating points of agreement and disagreement will show us how to make our argument even stronger.

Duncan: They probably didn’t request it—but if they did, what advice would you give Nancy Pelosi and Donald Trump in dealing with each other?

Sinnott-Armstrong: If Trump and Pelosi would listen, I would advise them to stop insulting each other, to emphasize and build on their points of agreement, to ask more questions, to listen charitably to the answers, and to give arguments instead of simply declaring their stances.

Party tribalists might not follow my advice, but that should not stop the rest of us. Many extremists will not be civil or care about arguments. Nonetheless, humble moderates often admit their uncertainty and really want to figure out which position to adopt. They will pay attention to arguments, and such moderates often decide elections and live in our neighborhoods. So there is some room for a little hope, even if most prominent public figures today refuse to listen to reason.

Posted in Blog, The Duncan Report and tagged Argument, collaboration, Dialogue, Productivity, Teamwork
← 2019: Stretch Your Comfort ZoneSo You Can Talk. But Are You Really Connecting? →