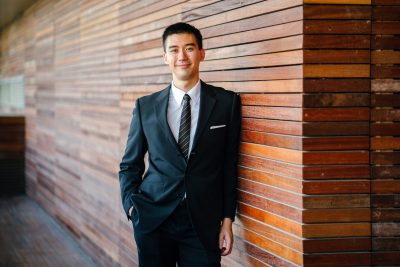 Being a long-time student of leadership, I’ve naturally heard a lot of pithy quotes about the subject. One of my favorites is from Margaret Thatcher: “Being a leader is like being a lady. If you have to remind people you are, you aren’t.”

And another, by John Quincy Adams: “If your actions inspire others to dream more, learn more, do more, and become more, you are a leader.”

I explored this and related issues with Mark Sanborn. He’s president of Sanborn & Associates, an idea studio dedicated to developing leaders in business and in life. A graduate of Ohio State University, Sanborn is an international bestselling author and a noted authority on leadership, team building, customer service, and change. His many books include The Fred Factor and You Don’t Need a Title to Be a Leader.

Rodger Dean Duncan: I often tell people that you don’t need a title to be a leader, and you wrote an entire book by that name. What are the three most important keys to exerting positive influence with others when you have no “position power” or authority?

Mark Sanborn: If I ever re-title the book, I’ll call it You Don’t Need a Title to Be a Leader But If You Do It Right a Title Won’t Mess You Up. I’ve got nothing against titles per se, but they’re often misunderstood. Skills and results make you a leader. Titles should confirm leadership but they can never bestow it.

I’d begin by asking, “Why do you want to lead? What difference do you want to make?” Leadership has become trendy and many want to be “leaders” but don’t necessarily have compelling reasons. Leadership should be borne out of a desire to contribute rather than simply achieve. Leadership done right benefits both the leader and the greater good: followers, the organization, and/or the community. Know why you want to lead because without compelling reasons, you probably won’t be able to pay the cost of developing your leadership abilities and maintain your commitment in the face of challenges.

Next, look for opportunities to lead. Don’t wait for someone to bring them to you. What needs to be done at your organization? What problems need solutions? What opportunities could be seized? What could be improved? Initiative is a pre-requisite to effective influence. Look around. Pay attention. Get involved.

Finally, be willing to do what others aren’t. Work a little harder and smarter, prepare a little more, and study a little more deeply. If you’re asked to do something (lead a project or head a task force), consider it an opportunity to improve your leadership abilities and deliver results that will showcase your abilities and prove you are a leader.

Duncan: This is a time when a lot of people feel disconnected from the workplace. What can leaders do to encourage their people to take more personal responsibility for the organization’s success?

Sanborn: First, be clear on what those you lead are responsible for. Followers need clear focus on what they’re accountable for doing and the kind of results they’re expected to consistently achieve.

Second, consider the “fit” between the person and the task. One nuance of good leadership is matching not just the right people to the right job, but the best person to a particular job. “Best” is usually the person with the skills and interest, not just the ability to do the work.

Duncan: Over the past couple of decades the economy has had some ups and downs. When it’s down, many people feel discouraged about their prospects for the future. What advice do you give anyone facing adversity?

Sanborn: In tough times you need both information and inspiration. Information is essential to understand what’s going on. Some say, “Don’t read the news. It’s only negative.” That is shortsighted advice. If there is news of an upcoming storm you need to know so you can prepare. Ignoring it won’t make the storm go away. We all need to face reality.

I like to offer people hope, which I define as having something new to try and being willing to try it. There is no hopeless situation if you can find something different to try and you are willing to act on the idea. Keep searching for new solutions and don’t let lack of past success in dealing with a problem trick you into thinking there’s nothing you can do.

Duncan: Even in times when employment can be very fragile, many people do only enough to “just get by.” What can a good leader do to inspire such people to perform better?

Sanborn:  Great leaders help people have a larger vision of themselves. Leaders look for the potential in followers that followers often don’t recognize in themselves.

Connect behavior with outcomes. Show followers evidence of how their work impacts others, like customers and colleagues. Create a connection between what they do and the kind of difference they make.

Duncan: Some politicians don’t seem to understand that being a good campaigner does not necessarily translate into being an effective leader. What leadership advice would you give people who run for public office?

Sanborn: The political process is the best and worst example of what leadership should be. Done right it shows how influence, understanding the process, creating support and serving constituents can work. Done wrong it becomes a debacle of empty promises and disappointed voters.

I’ll summarize what I think all leaders, and those running for public office, should constantly remind themselves: Leaders don’t just tell a better story; leaders make the story better

Good communication skills are a tool of leadership, not an outcome. Nobody likes spin, hype and exaggeration. We all want leaders who can tell us what they’ll achieve and then do it. Campaigning has little to do with leadership. Governing after the election is where a person’s leadership is proved or disproved. I believe it was Mario Cuomo who said you campaign in poetry but you govern in prose. He knew the difference between the rhetoric of the campaign and the results expected of the elected.

Politicians, like all of us, should never write checks with their mouths that their bodies can’t cash. The words are familiar but the strategy is still rock solid: under-promise and over-deliver.

Latest posts by Rodger Dean Duncan (see all)
0Shares
0 0 0
Posted in Blog, The Duncan Report and tagged Leadership, Performance, Titles
← For Best Results, Live Your Life ‘Day One’ At A TimeBe Authentic: Discover Your True North →
Scroll To Top