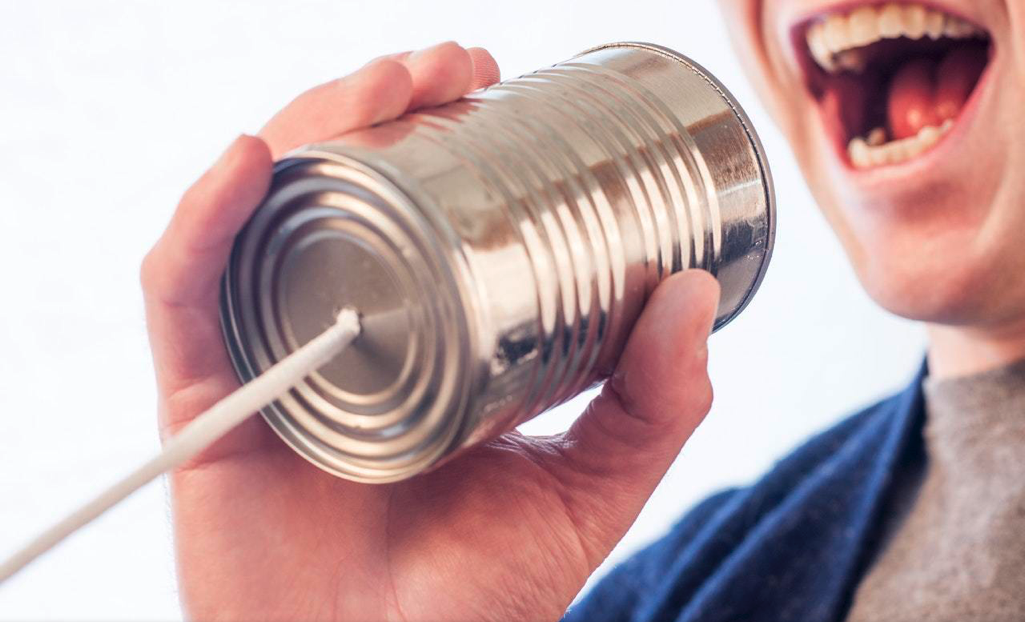 You have a great idea. It’s fresh and innovative. It meets a need. You know it will work.

Your “it” could be a recommendation, a proposal, a design, a procedure, or a tangible product. Whatever your “it” is, you’re seriously pumped. Your solution is so awesome people will gasp in wonder. You built it, and surely they will come.

Don’t bet on it. Good ideas don’t sell themselves.

Venture capitalist Michael Moritz was approached by a couple of Stanford grad students. They were in search of funding for their idea. Moritz had seen a long line of boring PowerPoint presentations and he expected the worst. But to his surprise and delight, the two young guys could summarize their idea in fewer than ten words: “We organize the world’s information and make it accessible.”

The idea proposed by Larry Page and Sergey Brin was something called Google. The rest is history.

In an age of information overload, good communicators stand above the crowd. But they aren’t freaks of nature. They’ve learned how to persuade and they practice. A lot. They deliver dynamic presentations and share compelling stories that sell products, grow brands, and inspire change.

Communication coach Carmine Gallo sat down with me to discuss some of the learnable practices that top communicators make seem so natural. His latest book is Five Stars: The Communication Secrets to Get From Good to Great.

Rodger Dean Duncan: In today’s world of data overload, communication skill is more valuable than ever. What effect have social media had on the way we process information?

Carmine Gallo: I consider social media platforms as valuable exercises in learning to communicate more effectively. For example, Twitter gave us the 140-character message. It’s since expanded to 280 characters, but I recommend sticking to 140.

Here’s a great exercise for anyone with an idea, product, or service to pitch—explain it in a sentence short enough to fit in a Twitter post. In Hollywood pitch meetings, it’s called the “logline.” A screenwriter must be able to convey the gist of the movie in one sentence.

I’ve heard the same tactic used in venture capital meetings. An entrepreneur should be able to summarize an idea in one short sentence. Otherwise, it hasn’t been thought through.

Duncan: Neuroscientists say people form an impression about a speaker in as little as 5 to 15 seconds. So how should a speaker handle that all-important first quarter minute?

Gallo: Like it or not, the research is clear—we make judgments about people before they say a word. First, dress a little better than everybody else in the room (about 25% better). Then, stand straight, give a firm handshake, make eye contact and smile. Research shows that even hardened financial analysts will judge a CEO’s perceived competence largely on these nonverbal gestures.

Duncan: You say storytelling is not a “soft” skill but is the “equivalent of hard cash.” What role do stories play in a good communicator’s tool kit?

Gallo: As a writer and journalist, I appreciate the power of story. But during my research, I learned that storytelling is a far more lucrative skill than you might think. At Google, for example, I met a data analyst whose unofficial title is “Chief Storytelling Officer.” He conducts workshops to teach Google salespeople data storytelling. Collectively, the salespeople who have taken his class are responsible for billions of dollars in annual revenue. Google has mountains of data that can help customers achieve their business objectives. But if a customer can’t understand how the data will help, it doesn’t matter. “Storytelling is a powerful way to get our customers to think differently,” he told me. Stories inform, educate and inspire. Storytelling is our best verbal tool to make a heart and mind connection with another person. It works for Google.

Duncan: You use Pope Francis as an example of a speaker who effectively uses “the Rule of Three.” What exactly is that rule and how work?

Gallo: The rule of three is the most powerful concept in communication theory. It’s well established in the research that we can carry only about three or four points in short-term memory. Great writers have known this intuitively for centuries. Thomas Jefferson gave us three unalienable rights—not 18. In popular fables Goldilocks saw three bears, Scrooge saw three ghosts, the hungry wolf encountered three little pigs. You get the idea. Breaking things up into thirds is simply how our brains are wired to mentally categorize information.

Pope Francis has said he learned about the rule of three in seminary. Today, in every major speech and sermon, Francis delivers his ideas in groups of three. In business, give your customer three benefits of the product. Give the hiring manager three reasons to hire you. Give your students three things to remember about the lecture. The rule of three. It’s simple and it works.

Duncan: What can we learn from watching TED talks? What common denominators of communication success should we look and listen for?

Gallo: TED Talks are the gold standard of public-speaking. There are TED-like elements that everyone should include in their presentations. First, tell more stories. In my research, I found that stories comprised 65% or more of some of the most popular TED talks. Second, don’t use bullet points on a slide. Ever. Third, practice more than you ever have.

I spoke to a scientist, Dr. Jill Bolte-Taylor, whose TED talk has been viewed 23 million times. She told me she practiced 400 times. When is the last time you practiced a presentation even 10 times? It’s like a champion athlete who visualizes the event for hours or who practices thousands of three-foot putts. When the pressure it on, they rely on muscle memory and their training takes over. It’s the same with presentations. The more you practice, the more comfortable you’ll feel when the pressure is on.