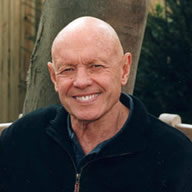 I first met Stephen in the late 1960s when he and his brother John and I were all faculty members at Brigham Young University.  Though not yet known outside of university and church circles, Stephen was clearly a great thinker. He taught both business and religion classes (which made sense, given his combination of a Harvard MBA and a doctorate in religious education). More than once, Stephen was voted the most outstanding teacher on campus.

With hindsight, it’s now easy to see that in those early days Stephen was “test driving” ideas for which he would later be famous. In the early 1970s he published a book entitled Spiritual Roots of Human Relations. Many of the ideas in that book are found in his colossally popular 1989 book The 7 Habits of Highly Successful People.

It was interesting to witness the evolution of Stephen’s teachings. For example, Habit 4 of the 7 Habits started out as simply “Win-Win.” Then Stephen added a single word that made all the difference: “Think Win-Win.” To help create an outcome that was genuinely a “win” for both you and the other party, he reasoned, you must invest as much energy in the other party’s win as your own. The “think” part of the equation was not just intellectual. It involved a spiritual orientation focused on long-term relationships. Anything less, he said, would eventually result in win-lose and then lose-lose.

In addition to 7 Habits, Stephen authored several other bestselling books – including First Things First and Principle-Centered Leadership. In nearly everything Stephen said and wrote, there’s an underlying theme: we spend time hacking at the leaves of our societal and personal problems while ignoring the root causes and cures. Relationships, he often said, are really the why for mortality – whether with family and friends or colleagues and acquaintances.

Stephen was as down-to-earth as anyone you could ever meet. One time about 25 years ago he came to help me work with one of my clients. He was focused on the business at hand, but his primary interest was getting home in time to watch his son play quarterback in a big game.

Years later, when his corporate speaking fee was in the tens of thousands of dollars, I asked him to speak pro bono at a community event our church had organized. He was happy to accommodate, and his nearly two-hour presentation on The 7 Habits of Highly Effective Families thrilled an ecumenical crowd of about 1,500 people. I was honored to introduce Stephen that night, and I still remember his advice to parents:

Stephen’s signature 7 Habits book has now sold more than 25 million copies in nearly 40 languages. It’s been named the number one most influential business book of the Twentieth Century. Stephen earned the International Man of Peace Award, and was recognized as one of Time magazine’s 25 most influential Americans.

But his most valued titles were husband, father (nine children), grandfather (52 grandchildren who called him Papa), brother, neighbor, and friend. A clue to how grounded he was is the story of the time he was on an important business call and one of his young children wanted attention. So while he talked on the phone, Stephen let the child have play time by piling peanut butter and jelly on his bald head. One might call the incident a win-win.

Stephen met with kings and presidents and titans of business. But he treated everyone with the same appreciation and dignity. Recalling his generosity reminds me of the C.S. Lewis quote: “There are no ordinary people. You have never talked to a mere mortal. Nations, cultures, arts, civilizations – these are mortal, and their life is to ours as the life of a gnat. But it is immortals whom we joke with, work with, marry, snub, and exploit – immortal horrors or everlasting splendors. This does not mean that we are to be perpetually solemn. We must play. But our merriment must be of that kind (and it is, in fact, the merriest kind) which exists between people who have, from the outset, taken each other seriously – no flippancy, no superiority, no presumption.”

My friend Stephen was never flippant. He never exhibited an air of superiority, pretense, or inflated ego. He took others, but not himself, seriously. He was a man of marvelous intellect, abiding spiritual faith, and humility not often found in a person whose name is famous in dozens of languages.

Along with countless others, I’ll miss Stephen. It is not hyperbole to say that in addition to the millions he influenced during his life, many millions more will be blessed by his legacy of humanity and wisdom.

Latest posts by Rodger Dean Duncan (see all)
Posted in The Duncan Report and tagged 7 Habits, Leadership, Stephen Covey, Win-Win
← How to Identify the "Real Stuff"Erika Andersen on How to Develop Your People →