About Our Guest: Jill Chappell is a producer for CNN, working with Wolf Blitzer and other on-air personalities. She studied at Brigham Young University, then received a bachelors degree in communications from the University of Utah and a masters in public administration from George Washington University. – Rodger Dean Duncan 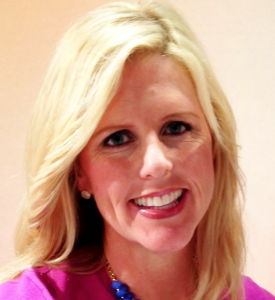 In your work as a CNN producer, you’ve no doubt seen the entire range of weak-to-strong communicators. What are the top three or four most common errors by people being interviewed for TV?

1 – Long answers.  Usually an interview segment lasts 4-6 minutes. To be able to cover several topics it’s important to provide short, direct answers. That way you get your message across more effectively.

2 – No makeup. Deciding not to wear powder or makeup can really hurt you. One time Wolf (Blitzer) was interviewing a top political guest refused make up. During the interview Wolf pressed him and could see the sweat on his upper lip so he pushed a little more. The saying, “don’t ever let them see you sweat,” means something. You don’t want people to think you’re nervous or feeling pressure, so makeup is not only there to help you look good, but can disguise other things.

3 – Moving side to side in a chair. Don’t ask me why, but most studios have chairs that swivel. So when a person is nervous or talks while swiveling back and forth, it’s distracting and takes away from their message.

Typically, people invited to participate in a media interview have at least a brief time to prepare. What’s your advice for someone who wants to make the most of the on-camera moment?

Make sure you’re well-read on the topic. Whether it’s news, sports, design, etc. If you read the headlines or keep up on that topic, you are more likely to be prepared—even last minute.

It’s good to jot your best ideas down on a piece of paper (if necessary) or talk the subject over with a colleague. Ask for basic topic ideas before an interview to help you know the overall focus.

We hear a lot about “talking points.” What’s the recipe for the effective preparation and delivery of a talking point?

Memorize them. That way, if you are flustered you still remember what you are there to say. We (on this side) hate talking points. We do everything we can to get the person to speak freely because of course that’s how news is made. When the interviewer pushes one to get off his/her talking points, it’s best when he/she smiles but insists that “the real problem” or “most important thing to remember,” is…(talking point). Memorize them as best you can but learn to say them freely, or maybe with an example or funny line so that the viewer remembers what was said.

Some interview veterans are pretty good at answering the unasked question. What do you think of that tact?

That takes a lot of years of practice. That’s why politicians are so good at what they do because they are the king/queens of spin and usually stay on message. There’s no way to learn this without lots of years of practice and learning to be unflappable.

Who are two or three frequently interviewed people you regard as excellent on camera?

I cover politics and international news, so the following are simply examples and have nothing to do with their politics. Politicians are usually quite skilled when it comes to interviews, but the most effective are those who keep short answers and speak clearly.

I enjoy watching Bill Clinton, Rep Michele Bachmann, and democratic strategist Paul Begala. All three smile and act natural. Specifically for Paul, he is smart, quick witted, smiles and never takes things personally. During his debates he can argue with the most direct, simple answers but it’s never attacking a person’s character. It’s friendly banter and disagreements and he’s great at it. He’s a skilled debater and extremely comfortable on camera. Watch him one time and you’ll see (whether you agree with him or not).

Latest posts by Rodger Dean Duncan (see all)
Posted in Uncategorized and tagged Communication, Interviews, Leadership
← How CPR Can Breathe New Life into Your LeadershipTaking the Complications Out of Simplicity →
Scroll To Top