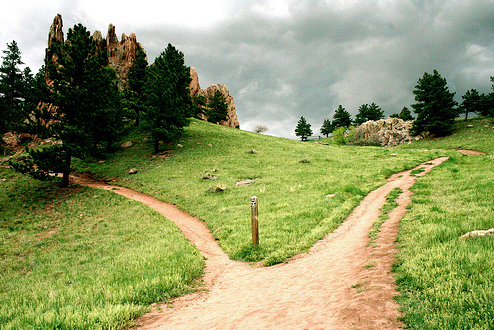 “Once you replace negative thoughts with positive ones,” said the great philosopher Willie Nelson, “you’ll start having positive results.”

Hardly anyone argues against being positive. But much of the rah rah talk out there comes across as intellectual pablum.

Not so with the vitamin-enriched insights of Robert E. Quinn in his book The Positive Organization: Breaking Free from Conventional Cultures, Constraints, and Beliefs.

Where many writers in the business genre are adept at articulating worthy aspirations about being positive at work, Quinn focuses on translating the aspirations into specific and practical organizational actions. With compelling case studies from pathbreaking companies where he’s consulted, he provides real world guidance in the “how to.”

If you’re a leader in any kind of organization, or even if you’re still learning how to be an effective follower, Bob Quinn’s advice can help you and your colleagues flourish in an atmosphere of unified purpose.

Rodger Dean Duncan: There’s no doubt that people’s mental maps influence their approach to and their beliefs about organizational culture. You identify three common viewpoints: the Discounters, the Skeptics, and the Believers. Can you differentiate between these viewpoints and comment on the advantage one may have over the others?

Robert E. Quinn: If one finds a treasure map in a bottle, it would be wise to be skeptical. The positive mental map specifies the way to positive change and increased effectiveness. Yet it violates conventional assumptions. It’s natural to discount it or to be skeptical. People cannot recreate their organization unless they believe so fully that they are willing to move forward through adversity to create it. The job of a change leader is to create faith and belief. In the meantime, discounters and skeptics are imprisoned by they own sound logic. To become free requires a shift from fear to confidence in an emerging future.

Duncan: What successful approaches have you found to help people challenge their beliefs and elevate their aspirations?

Quinn: Commitment to a higher purpose, authentic communication, empathy, and co-creation. Organizational excellence is an emergent phenomenon. Effective change leaders are not experts with a plan. They are facilitators with a vision.

Duncan: Many organizations seem to have cultures that disempower or discourage people. What are some good ways to identify systems and practices that produce such (usually) unintended consequences?

Quinn: The conventional assumptions that we all make from the time that we can talk are based on fear and the need to be in control. In left brain analysis of any problem, the subject of the analysis is an object. When we see people as problems, we objectify them. Our most basic assumptions about organizations and authority are inherently disempowering.

Duncan: When cultural constraints are identified, how do you persuade senior leaders—who may inadvertently be part of the problem—to make needed changes?

The question itself is conventional. It assumes rational persuasion is the key to transformation. It is not. Senior leaders are terrified but have to act as if they are not. Rational persuasion simply makes them more defensive. A transformative leader leads the boss the same way he or she leads subordinates: by clarifying purpose, increasing integrity, empathy and humility and then engaging in difficult conversations because he or she is committed to the common good.

Quinn: A novice looks for simplicity in complexity. An expert understands complexity but confuses the novice. A master brings the simplicity from the other side of complexity to the novice. An expert in finance or some other discipline uses logic to create value. But as they go up the system, their logic begins to fail and they destroy value. They do not know the simplicity from the other side of complexity. Usually in crisis the expert crumbles and the master emerges. The master is bilingual.

Quinn: What can leaders do to “think about the whole” rather than cling to the narrow lens of their own background or discipline?

When we think we are in charge, we look down and see the parts. We see silos. We see individuals. This is the logic of most managers. So they can never optimize the potential in the system. When we look up and see the whole, it is bigger than we are. It is complex and dynamic. The only way to move the whole is to connect it to a higher purpose and integrate the differentiated parts. That gives rise to emergence and the unfolding of collective intelligence.

Duncan: You write that many leaders are slaves to problem solving and that they should focus instead on “high purpose.” What does that mean in the real world of real work?

Quinn: Even the senior most leaders got to where they are by being great problem solvers. Transactional problem solving is at the heart of the managerial identity. Transformative purpose finding simply does not make sense to the addicted problem solver. Yet, it is not until we can discover, articulate and animate purpose that we ever move the whole. In the real world of work, purpose finding is what leaders do.

Duncan: Much of the work in organizations involves conversations, face-to-face interactions between people. What gets in the way of truly productive conversations and how can people get better at this most basic skill?

Quinn: I spend a lot of time putting executives into authentic conversations. They need me because they cannot do it themselves. What gets in the way is that it is natural to be “on-stage.” In organizations, which are full of fear, our every conversation is adapted to the current political context. People can get better at authentic conversations when they shift from a fearful focus on survival to a courageous focus on the collective good.

Duncan: Someone once said that every organization is perfectly aligned to get the results it’s getting. How can that viewpoint serve as a filter in assessing systems, processes, and behaviors that produce either negative or positive results?

Quinn: Conventional logic says that the present is determined by the past. Social science shows that people are “path dependent.” They do what cultural experience has trained them to do. They are prisoners of their own experience. So, we fail and we keep repeating what we are already doing, while we complain about failing. This is the definition of insanity and we are all insane. The positive mental model asks, “When is the present shaped by the future?” The answer is when we establish and fully commit to a purpose. At that moment we become a proactive influence in a reactive world. We become fully conscious and we move forward, learning in real time. We become a system of leadership.