Legions of writers—from Dale Carnegie to Napoleon Hill to Norman Vincent Peale to Anthony Robbins—have touted the value of positive mental attitude. Scores of rah-rah speakers evangelize on the doctrine of believing in ourselves. 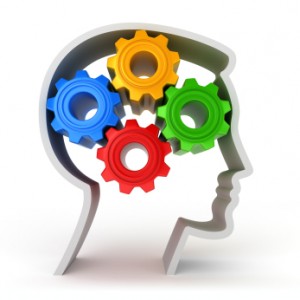 All of that is important. But sound thinking requires more than a rosy outlook and a dose of self-esteem. Sound thinking requires a mindset—or orientation—that’s both receptive to fresh (even contrary) ideas and accepting of the notion that most of us can be more creative than we’ve ever dreamed.

When Carol Dweck was a sixth-grader at P.S. 153 in Brooklyn, New York, she experienced something that motivated her to explore why some people view intelligence as a fixed trait while others embrace it as a quality that can be developed and expanded. Young Carol’s teacher seated the students around the classroom according to their IQ scores. The boys and girls who didn’t have the highest IQs were not trusted to carry the flag during school assemblies. They weren’t even allowed to clap erasers or wash the chalkboard or take a note to the principal.

“Our teacher let it be known that IQ for her was the ultimate measure of your intelligence and your character,” Carol says. “So the students who had the best seats were always scared of taking another test and not being at the top anymore. It was an uncomfortable thing because you were only as good as your last test score. I think it had just as negative an effect on the kids at the top [as those at the bottom] who were defining themselves in those terms.”

Today Carol Dweck is a professor of psychology at Stanford University, having previously taught at Yale, Columbia, and Harvard. Her special interest is in people’s self-theories about intelligence and the profound influence such theories have on the motivation to learn. She says people who hold a “fixed” theory are mainly concerned with how smart they are (or are perceived to be). They prefer tasks they can already do well and they tend to avoid tasks on which they may make mistakes and jeopardize their “smart” image.

By contrast, Dr. Dweck says, people who believe in an “expandable” or “growth” theory of intelligence thrive on challenging themselves to increase their abilities, even if they fail at first.

This and related research on intelligence and motivation highlights the role of personal capacity in becoming what I refer to as THINK-friendly.

Why was a guy at 3M Company able to imagine a new use for the sticky-but-not-too-sticky adhesive? Because he was more concerned about solving a problem than about adhering to an arbitrary “that’s-not-my-area-of-expertise” paradigm. He believed the adage that necessity is the mother of invention, he believed he could cook up some workable ideas, and that expansive self-image enabled him to invent Post-It Notes.

How did Steve Jobs and a posse of other smart people transform a computer company into an empire that turned the telephone and music businesses upside down? They refused to be hamstrung by a “fixed” mindset. They knew that most opportunities don’t just fall into our laps, we must create them. So they did.

While some people talk about “thinking outside the box,” others ask “What box?”

Half a century ago Maxwell Maltz aroused the minds of millions with his book Psycho-Cybernetics. His primary premise was that many people are trapped in self-images that limit them, while others have self-images that open the door to a cornucopia of possibilities.

If a child is told (especially by a parent, teacher, or other trusted authority figure) that she’s clumsy and awkward, there’s a good chance she’ll regard herself as clumsy and awkward the rest of her life. In fact, she’ll likely go out of her way to prove it. If we learn to believe that we’re not good at math, that we can’t speak with confidence in public, or that we’re not comfortable making new friends, all of that will likely be true.

In short, the view we adopt for ourselves profoundly affects the way we lead our lives.

This does not mean, of course, that a middle-aged couch potato can employ mental gymnastics to transform himself into a professional basketball star. Nor does it mean that a card-carrying pessimist can change the world by merely thinking positive thoughts, or that a tone-deaf piano novice can “will” himself to be the next Beethoven. What it does mean is that our intelligence—our mental capacity—is not carved in stone.

By rejecting the “fixed” mindset and adopting the “growth” mindset we can cultivate and expand our abilities to develop skills and solve problems that heretofore would have stumped us. 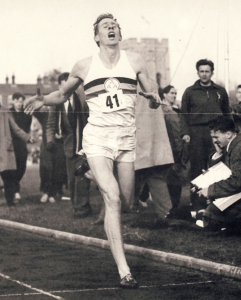 In 1954 Roger Bannister adopted the “growth” mindset to be the first person ever to run a four-minute mile, rebuffing the conventional wisdom that such a feat was anatomically impossible. With the myth shattered, 16 other runners also cracked the four-minute mile over the next three years.

When he was nine, the teachers of our son Baylor told my wife and me that Baylor was a nice little boy but not really capable of excelling in school. (His grades at the time seemed to reinforce that view.)

We thought otherwise. We believed Baylor was simply bored and under-challenged. So we asked the teachers to give him extra assignments. In addition to keeping our boy busier, the extra assignments apparently sent him the message “You’re really smart, so here’s some additional work to stretch your mind.” Baylor began to thrive. His confidence—and his grades—soared. Throughout high school and two university degrees he earned nearly all “A” grades. He now speaks several languages, is a world traveler, and is a diplomat for the U.S. State Department. The turning point was when he jettisoned the “fixed” mindset and adopted the “growth” mindset.

This deliberate and proactive expansion of one’s own mental capacity is a critical step toward being THINK-friendly. Mindset really is more than a head game. It affects the heart as well.

This column by Dr. Duncan was originally published by Forbes where he is a regular contributor.