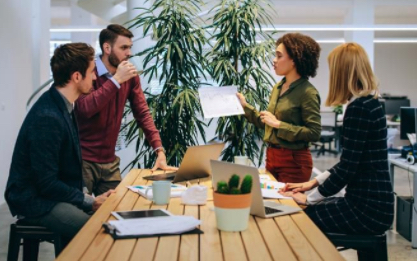 In this time of #MeToo activism, many brave souls are stepping forward to speak out against sexual misconduct.

But another form of workplace bullying also deserves attention: the use of power or position to keep people from challenging the status quo. In addition to the obvious psychological impact, intimidating people into silence can impose significant economic costs.

Here’s an example. A nuclear power plant was in the middle of a planned outage. That’s when the plant is temporarily shut down for routine maintenance. During an outage, a nuclear plant is of course not generating electricity and is therefore not making money. It’s spending money, lots of it. So it’s important to complete the outage safely and as quickly as possible.

In my role as a leadership coach I was observing the beehive of activity in the outage control center, a large room with dozens of computers and closed-circuit TV screens for monitoring the work being done in the plant. The plant vice president walked into the room with a concerned expression on his face.

At this point I realized he was probably using the word “safety” in reference to physical safety concerns like a radiation leak or an industrial accident. I, on the other hand, was talking about psychological safety. But I just let the conversation unfold.

The vice president explained that a crew had entered a room in the plant, set up scaffolding, and started dismantling equipment for inspection and, if needed, replacement. The ﬁrst crew ﬁnished its shift, and the second crew entered the room to continue the work. At the end of the second shift a third crew came in and one of its workers immediately said, “Hey, this is the wrong room. We’re not scheduled to work on this equipment until the next outage twelve months from now.”

I asked the vice president how this mistake would affect the schedule for this outage. He said it would delay the outage by at least 18 to 24 hours. In addition, there would be a ripple effect on the hundreds of supplemental workers who had been hired to help with the outage.

“What’s your company’s selling price for electricity these days? ” I asked.

“Okay,” I said. “This nuclear plant features a 1,000-megawatt reactor. A thousand megawatts multiplied by $50 is $50,000 per hour. Multiply that by 24 hours and you get $1.2 million of lost income. Add to that the expense of keeping several hundred supplemental workers on site for an extra day and the cost jumps to well beyond $2 million.”

My friend didn’t like the explicit math, but he knew it was accurate.

“But you say it wasn’t a safety issue? ” I asked again.

“Tell me about it,” I invited.

The vice president explained that the ﬁrst work team was led by a take-no-prisoners crew chief whose command-and-control style was feared by all. He made it clear that people should simply do what he told them and not ask any questions. A couple of guys on his team knew this was the wrong room and the wrong equipment, but they didn’t dare speak up.

A similar situation existed with the second team—some people knew it was the wrong room and equipment, but their boss had long ago intimidated them into silence.

The third crew was different. The crew chief could read the organization chart. He knew he was the boss, but he didn’t feel the need to remind people. His orientation toward his workmates went something like this: “Our job on this team is to help each other work smarter. The only way to do that is to challenge each other’s thinking. I’ll challenge your thinking and I expect you to challenge mine.” So in that kind of environment it was easy for a member of this crew to say “Hey, this is the wrong room!”

Not every instance of conversational silence has a $2 million price tag. But the cumulative effect of such silence—reluctance or outright refusal to speak freely—adds up quickly. Let’s say you have ten smart people at a table and three of them don’t feel “safe” in speaking up. Not only do you not beneﬁt from the “smarts” of the silent three, I suggest that you don’t have the full beneﬁt of the other seven.

A national study showed that 85% of high-stakes business initiatives fail when people avoid discussing ﬁve critical issues. The study involved more than 1,000 executives and project management professionals across 40 companies in a wide range of industries. The ﬁndings pointed to ﬁve “undiscussable” issues that are the most prevalent and most costly barriers to project success:

Other key ﬁndings were that 90% of business leaders interviewed routinely experienced one or more of the ﬁve common issues, but fewer than 14% reported being able to get their concerns heard or understood.

The good news? Business leaders who successfully address one or more of the ﬁve issues are 50% to 70% more likely to fully achieve project objectives.

Clearly, the presence of these ﬁve problems is not a death sentence for projects. What typically dooms a project is the failure of participants to resolve problems by talking about them openly and effectively. In the language of our context, Change-friendly leaders don’t just understand and discuss reasons for failure with high stakes initiatives. They are skilled in honest conversation practices that help prevent failure. Contrary to the old say, silence is not always golden.

Latest posts by Rodger Dean Duncan (see all)
0Shares
0 0 0
Posted in Blog, The Duncan Report and tagged Bullying, Dialogue, Silence, Workplace
← Listening With Empathy: Key To Common GroundA Baggage Handler’s Lesson in How NOT to Work →
Scroll To Top