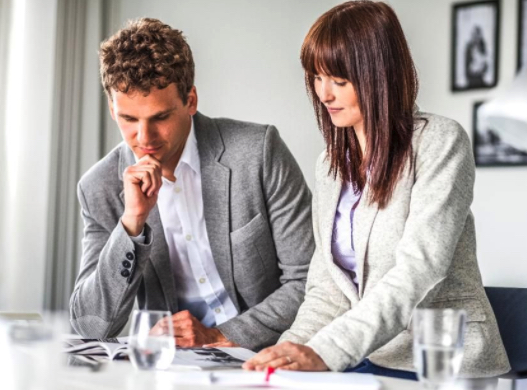 In a previous column I wrote about the importance of creating an environment where people feel “safe” in challenging the status quo. Of course a key ingredient in such an environment is skill in listening.

Some people seem to operate under the misconception that to “listen” is merely to allow the other person to talk while you prepare your response. Real dialogue requires much more.

First, some important points on “empathy.” Empathy is not the same as sympathy. Sympathy involves commiseration, agreement, or a shared feeling. Empathy is more about appreciation and understanding. Understanding between and among the participants is a critical goal of dialogue. People engaged in true dialogue may or may not come to agreement. Their primary goal is mutual understanding. It’s a difference worth noting. (After all, if agreement is ever to be reached, it must be preceded by understanding.)

Here’s a lesson from my early career as a journalist. My editor was Jim Lehrer, whom millions of Americans later knew as the anchor of PBS’s award-winning news broadcast and moderator of several presidential debates. Jim was an excellent coach, well attuned to the nuances of good communication. One day he walked over to my desk in the newsroom and started a conversation about interviews. Bear in mind, I was an investigative reporter, not the art critic. By deﬁnition, investigative reporters ask tough questions, and the people they interview are often—shall we say?—less than eager to chat with reporters.

Jim: Tell me about your interviews.

Rodger: Well, I do a lot of them. Specifically what do you want to know?

Jim: How do you prepare?

Rodger: When I get an assignment I make a list of likely sources, I prepare a preliminary inventory of questions, then I make appointments to talk with some of the sources and simply show up unannounced to talk with others. I ﬁrst try to talk with the people I suspect have the most pertinent information I’m seeking, then I talk with other people to corroborate or contradict that earlier information. I continue this process until I’m satisﬁed I have valid data on which to base a story.”

Jim: Okay, let’s say you’re in an interview and I’m a ﬂy on the wall. What would I see and hear?

Rodger: I’ll ask a question. The source will give me an answer. Then I’ll ask another question.

At this point, Jim made a sound like a buzzer going off on a TV game show. “Wait a second,” he said, raising his hands in a “time out” gesture. “You said you ask a question. The other person answers. Then you ask another question.”

Rodger: What’s the problem with that? The purpose of interviews is to gather information. The only way to get answers is to ask questions.

Jim: Don’t be too quick to believe that the only way to get answers is to ask questions. Another way is to listen slowly.

Jim then taught me a behavior that has served me well for the subsequent decades. He urged me to ask a good question, listen attentively to the answer, and then count silently to ﬁve before asking another question. At ﬁrst that suggestion seemed silly. I argued that ﬁve seconds would seem like an eternity to wait after someone responds to a question. Then it occurred to me. Of course it would seem like an eternity, because our natural tendency is to ﬁll a void of silence with sound, usually that of our own voice.

Jim: If you resist the temptation to respond too quickly to the answer, you’ll discover something almost magical. The other person will either expand on what he’s already said, or he’ll go in a different direction. Either way, he’s expanding his response and you get a clearer view into his head and heart.

I was scheduled for a round of interviews that day and Jim asked me to try the silently-count-to-ﬁve approach and let him know how it worked for me. Later that evening I returned to the ofﬁce and Jim motioned me toward his desk. I knew what he wanted, and I was pleased to give him a ﬁve-word report: “I never got past three!”

Giving other people sufﬁcient psychological breathing room—even those who weren’t very eager to talk with a reporter—seemed to work wonders. When I bridled my natural impatience to “get on with it,” they seemed more willing to disclose, explore, and even to be a bit vulnerable. When I treated the interview more as a conversation with a purpose than as a sterile interrogation, the tone of the exchange softened. It was now just two people talking, not a news reporter mining for data like a dentist extracting teeth.

Don’t misunderstand. I’m not trying to equate dialogue with a news reporter’s interviewing approach. But I am suggesting that listening with empathy requires patience. It requires a willingness to allow the other person to take the conversation in fresh directions (serendipity can pay dividends). It requires letting go of your own needs and focusing on the other person’s needs. It requires mindful attention to the subtleties of tone, mood, temperament, and the spirit of the moment. It’s all about listening to understand rather than to control or to coerce.

But what if you’re talking with someone who simply “doesn’t get it”? What if the other person holds a view that seems contrary to everything you stand for? Surely, you may say, this notion of empathy doesn’t apply in such situations. Yes it does.

Karen Swallow Prior and Karalyn Schmidt were mortal enemies in the pitched battle over abortion, one of the most polarizing issues of our time. The streets in their hometown of Buffalo, New York, seethed with angry protesters. The pro-lifers screamed “babykillers” and blockaded abortion clinics. Deﬁant abortion-rights advocates broke through the blockades, yelling “religious lunatics” and other insults.

Inside a local radio studio Prior and Schmidt squared off for an on-air debate. “The hostility in the room permeated everyone’s pores,” Prior, president of Feminists for Life, later told the Philadelphia Inquirer. “Karalyn embodied my own personal stereotype of the strident, prochoice misanthrope.” The ill feelings were reciprocated. “I could easily have smacked Karen,” said Schmidt, then director of the local Planned Parenthood clinic. “I perceived her as, at best, kind of stupid. I could not comprehend how a woman could hold the position she did.”

Prior and Schmidt became part of a larger, quiet movement that’s gaining momentum across the U.S. It’s called the Common Ground Network for Life and Choice, consisting of both pro-life and prochoice activists who are tired of choking on the noxious air between them. Their goal is not to compromise their principles or to alter the other side’s position. Their goal is to redirect the nature of the conversation, to calm things down. Their goal is dialogue.

What do these two camps have in common? They’ve discovered agreement that politicians of every stripe use abortion as a wedge issue, dividing people when unity and understanding are more important than ever. They agree that more should be done to lower the incidence of teen pregnancy. They agree that adoption should receive greater consideration by women faced with unintended pregnancies. And, yes, they agree that the number of abortions should be reduced.

How did they unearth their mutual interests? With help from a non-proﬁt conﬂict resolution group called Search for Common Ground, thousands of people like Prior and Schmidt are discovering that good things can happen when you replace combat with civility and curiosity. When you listen with empathy.

These same principles apply just as powerfully in the ofﬁces, hallways, conference rooms, and factory ﬂoors of business.

Or at your own kitchen table.