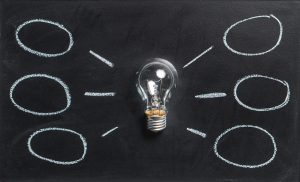 Have you ever been on a team that couldn’t seem to get its act together?

Of course, you have.

So, you know about the frustration that comes with poor planning, aimless meetings, weak execution, disappointing results and all the rest.

With 25 years of experience leading technical and strategic initiatives at Bayer and Monsanto, she’s seen what works and what doesn’t work with teams. And her troubleshooting mindset has enabled her to produce When Bad Teams Happen to Good People.

This is a practical guide for anyone who appreciates structured methods for assembling great teams, designing engaging meetings, producing positive outcomes and dealing with team dysfunction when it inevitably occurs.

Valerie Patrick: Both have the same goal of excellence in performance and both depend on different parts working together.

Performance for teamwork is in the eyes of the stakeholders or the people most impacted by the team’s goals. Performance for a cappella singing is in the eyes and ears of the audience. The different parts in teamwork are the team members while the different parts in a cappella singing are bass, baritone, lead, and tenor. Performance is best when each part seeks excellence individually and knows their role in the greater team. For example, team members need to understand how their talent can advance the team goals.

I was good at research so on one team I helped with the competitive benchmarking needed by crafting a research survey and analyzing the results while someone else identified and then recruited people to take the survey. Similarly, in a cappella singing each part needs to understand their position in a given chord in order for the group to create good sound.

Duncan: Many of today’s workplaces have people from four to five generations—at a time of increased emphasis on diversity. What challenges and opportunities do these dynamics pose for teamwork?

Patrick: The presence of so many different generations in the workplace brings age diversity, which is valuable. Specifically, research shows that our perspectives and values shift in predictable ways as we age. For example, when we are younger in our career we tend to think more about advancement. As we get older, we tend to think more about legacy.

The challenges and opportunities of age diversity are actually the same as the challenges and opportunities of other forms of visible diversity like gender and race. The primary challenge is inclusion, which needs to be a conscious effort in order to work against the implicit biases that are built into all of our brains. Implicit biases are the automatic connections that our non-conscious brain makes between a visible difference and expected behaviors or traits. For example, as a white female I may have the implicit bias that a black male is dangerous and I would tend to avoid him unless I make the conscious effort to get to know the individual behind my brain’s implicit bias. But, the opportunities afforded by more diverse teams that are inclusive compared to more homogeneous teams are better decision-making and higher innovation. 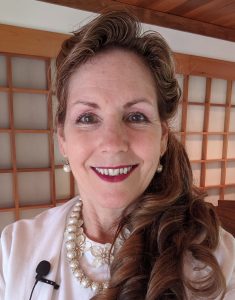 Duncan: What are three or four of the most common signs of a dysfunctional team?

Patrick: Three that immediately come to mind are the team leader doing most of the talking during team meetings, people conflict, and action items not being completed between meetings.

The team leader doing most of the talking during team meetings means a team is not needed for the task at hand or the power dynamics or climate are suppressing input from team members. Regardless of the reason for the uneven input, research on collective intelligence shows that team performance correlates with the degree of equal participation across team members.

Finally, action items not being completed between team meetings, is a big drain on forward progress.

Duncan: What role does self-awareness play in a person’s ability to thrive (and positively contribute) in a team setting—even in a team that’s dysfunctional?

Patrick: That is a great question! For me, the most important component of self-awareness to a person’s ability to thrive even on a dysfunctional team is a sense of purpose. For example, my purpose is to ignite the power of human connection. So, if I’m invited to join a new team, then I’m going to ask for the team charter or goals before making a decision. I need to see how the team can make a positive impact and the role my talents can play in pursuing that positive impact. If I’m on a team that’s dysfunctional, then I will be the one recommending processes to address the dysfunction.

Duncan: When dropping out of a bad team is not an option, what can a person (not in a leadership position) do to help put the team on a productive path?

Patrick: This really depends on the particular situation. Let me use an example of a team whose members have a lot of apathy. A person can suggest an exercise for team members to identify their thinking talents, and then brainstorm ways to align their thinking talents with the goals or work of the team.

Duncan: How can a team member provide one-on-one feedback to the team leader in a way that comes across as helpful and collaborative rather than critical or confrontational?

Let’s take the example that a team leader imposed a timeline for a group report without testing the feasibility of the timeline with members of the team. A team member knows that the timeline is unrealistic, so sets up a one-on-one meeting with the team leader. The team member can open the meeting with a decision goal like the following: “I believe incorporating different perspectives can produce better decisions and better results. Let’s discuss how to make sure that team members are capable of producing high-quality input for the group report so we can decide if the proposed timeline is feasible.”

With this approach, you need to respect the team leader’s possible need to think about the situation before discussing solutions. And you should be prepared to offer suggestions for solutions if asked. 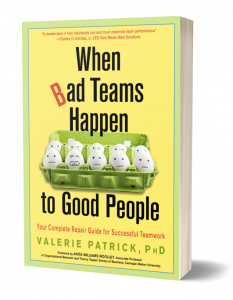 Duncan: What have you found to be effective ways to improve a team’s decision-making process?

RACI is an acronym for Responsible, Accountable, Consult, and Inform. The rows of the RACI diagram are the different types of decisions that the team is expected to be making and the columns are the different roles of responsible, accountable, consult and inform. If a decision type has one person accountable and responsible, then others may have input into that decision but the final decision will be made by that one person. Decisions about a team’s budget may have one person both accountable and responsible as an example. When multiple people are responsible to a decision type, then a consensus process is needed for making those types of decisions. The team can discuss what type of consensus process is most appropriate before a given decision is made: majority vote or complete consensus.

Duncan: At a time when diversity and inclusion are getting so much attention, some teams run the risk of sacrificing effectiveness because of a drive to include every possible demographic. What’s your advice on how to handle team composition?

Patrick: It’s important to take a strategic approach to team composition because more is not necessarily better when it comes to building a team.

Next you want to list all character and competence criteria for team members needed to achieve the team goal. For example, a product development team may require expertise in manufacturing, product distribution, a particular market, and so on.

Finally, within the constraints of the number of team members and the listed character and competence criteria, I recommend you incorporate as much visible diversity as possible because diverse teams make better decisions and have higher innovation than more homogeneous teams as long as they include all perspectives.

Duncan: How can team members hold each other appropriately accountable for results while building and maintaining positive personal relationships?

Patrick: I like the approach of transparency because it builds trust which supports positive interpersonal relationships and keeps people honest about their commitments to results.

I was leading a team gathering content for a website redesign and we were having trouble getting the needed input. We created a mock-up of the website using an Excel spreadsheet to make transparent the content that was missing. We also created a progress table to show who had provided the missing content and who had not provided the missing content. Team members used the mock-up to get their respective stakeholders to see the content needed and let them know about the progress table which would be updated weekly. It took three weeks, but this transparency gave us the results we needed without burning any bridges.

Duncan: What do you see as the difference between leadership and facilitation?

Patrick: Leadership focuses on the vision of where the team is headed, why this vision is important to the group or organization, the results needed, and the encouragement to achieve results in the face of obstacles and setbacks. Facilitation focuses on the most productive and effective process for the team to achieve the vision and results.

Leaders set direction and facilitators articulate and deliver outcomes over one or a series of meetings to move a team in that direction. Facilitators also have the interpersonal skills to manage dysfunctional behavior in ways that keep participants engaged.

This column was first published by Forbes, where Dr. Duncan is a regular ocntributor.

Latest posts by Rodger Dean Duncan (see all)
Posted in Blog, The Duncan Report and tagged Performance, Relationships, Teamwork
← Strategies for Getting the Job You Really WantFor Best Impact, Play Bigger Than Your Title →