Marianne Jennings is a world-renowned expert in the field of business ethics. She’s authored a number of bestselling books on the subject, and has done consulting work for Boeing, Dial Corporation, Motorola, Southern California Edison, IBM, and many other companies. Marianne is professor of legal and ethical studies at Arizona State University. She earned her undergraduate and law degrees at Brigham Young University. I had the privilege of working with Marianne on the Advisory Council at the Institute of Nuclear Power Operations, and on the board of the CAMIE Awards (Character and Morality in Entertainment). Marianne is one of the smartest and classiest ladies you could meet. I enjoyed my recent conversation with her.

You’ve made a career of studying, teaching, and writing about ethics. Why are there so many moral and ethical meltdowns in our society today? 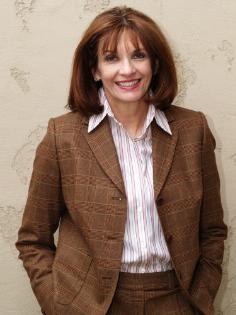 We are 50 years into moral relativism being taught in colleges and universities.  Studies indicate that almost 90% of those between the ages of 18 and 25 are moral relativists – they have no absolute values, they make their decisions based on the pressure and circumstances of the moment. As a result, when these young people witness ethically questionable behavior in the workplace they say nothing because they see ethical dilemmas as an exercise in justifying conduct, not in making choices based on values.

We have lost the ability to frame issues. Take Penn State – instead of saying, “Wow, we have an accusation of a child being molested here. We need to take action!”  The administrators focused on the following:  “How can we keep this quiet? And, if we can’t, what damage will this do to the school and the football program?”  You begin with the premise that it is wrong to molest children and we have a duty to protect them. What you should do follows quite simply after that. Instead, however, they framed it from their business needs.

We also have a breakdown in families, schools, and even churches teaching values. For example, a highly regarded New York City high school caught students using their smart phones to cheat on an exam. Their punishment? They had to retake the exam. There were no consequences. When teachers do try to uphold ethical standards and impose penalties on students who cheat, the parents often intervene and the principal — or, in some cases, the district or board – intervenes and lifts the sanctions.

What are some of the early warning signs that an individual – or an organization – may be headed for an ethical collapse?

Take any headline situation and they are all there:

(1) Iconic “leaders” – known for a long run of success, respected, and a darling of both the media and government . . . Jamie Dimon at Chase, Jon Corzine at M.F. Global, Bernie Madoff, Joe Paterno at Penn State. People become afraid to challenge what is happening – both insiders and outsiders At Chase, for example, back-office employees in the London office were worried about the behavior of the traders who lost $5.8 billion in wild trades. They tried to say something, but got nowhere and then, rather than notify New York, they all just concluded that Jamie Dimon was the best of the best and he would never let anything like what they thought was happening happen.

(2) Earnings that seem too good to be true. When everyone is saying, “How are they doing it?” it’s a good time for a closer look.

(3) Weak boards – they are rubber stampers with little independence from the CEO – CEO is the chairman and board members sit on each others’ boards or are involved in each others’ charities.

(4) A company seems to be a good corporate citizen – that is often a cover for what is really going on. Houston wept when Enron collapsed because it was such a generous company. Adelphia, WorldCom, Goldman Sachs – all generous firms, and all with serious issues that cost them financially and, in WorldCom’s case, resulted in their demise.

What role does organizational culture play in the exercise of sound ethics?

You can take people with terrific ethical values and strong integrity and put them in an ethically challenged culture and they will go south on you and join in. From incentive plans with misaligned goals, to fear and silence, to leaders who demand unrealistic results, good and smart people fall victim to the culture and will do things they would never consider doing on their own.

Google paid a $500 million fine for allowing the illegal sales of prescription drugs via their search engine. Emails indicate they were aware of the problem for years and allowed it to continue because those ad dollars, even from an illegal operation, were important.

At HealthSouth, Richard Scrushy used to chastise those who didn’t meet their numbers. As a result, the employees did all sorts of accounting tricks just to meet those numbers. They all knew it was wrong, but Richard was an icon, the culture was high performance, and there were no excuses for not meeting the numbers.

In Atlanta, teachers and school principals had to get those test scores up. And they did for 10 years – earning awards. Then we discovered the teachers and principals were engaged in all forms of cheating – from giving students answers to holding “test clean-up parties” where they sat around and doctored answer sheets. They all knew it was wrong, but the culture mantra was, “No exceptions. No excuses.” It was a data-driven culture, not principle-driven.

What can leaders do to foster good ethical practices without coming across as preachy?

Employees usually say the strongest influence on their ethical behavior at work is the behavior of their leaders and supervisors. So they behave accordingly. If the CEO is accepting $25,000 golf junkets in Scotland from a vendor, it’s difficult for employees to believe that accepting a plate of cookies from a vendor at Christmas time is a problem.

Enforcement is an excellent way of communicating ethical standards. We know from the research that the higher someone climbs in an organization and the better they are as a performer, the less likely they are to be disciplined. That speaks louder and in place of anything a leader says about ethics. Enforcement of company rules and policies is to the company what integrity is to us – we hold fast to ethics because of our integrity. When a company holds fast to ethics, people in the company will know that ethical behavior really matters. within the company know that the rules matter.

Ethics should be addressed in a conversational and comfortable way. Take an example of something an employee did that was difficult but the right thing to do. Tell the stories of the good things employees do that illustrate ethical values. Get people reframing, get them talking, and they will understand examples. Then they will emulate appropriate behaviors.