About Our Guest: Dr. Laura Schlessinger is the author of twelve New York Times bestselling books and is one of the most popular talk show hosts in radio history. In her provocative, pull-no-punches style, Dr. Laura takes on the most compelling issues of our time – lax morality, situational ethics, elastic values, and anemic accountability.  She dispenses moral wisdom and commonsense advice that defies political correctness. You can follow her blog at www.drlaura.com. You may not agree with everything Dr. Laura says, but nobody can accuse her of tiptoeing around questions. – Doctor Duncan

The subtitle of one of your early books was “The Abdication of Character, Courage, and Conscience.” That was 1997. How are people behaving the same or differently today? (And what is contributing to that behavior?) 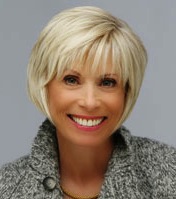 I believe basic behavior has deteriorated severely. I’ve been on the radio talking to folks about their lives for over three decades. Once there were commonly accepted rules of behaviors. Whether they were always adhered to or not, there were commonly accepted rules. Generally speaking, when these rules were breached there was shame and consequences that were decidedly unpleasant.

Much of that is gone. As we have torn down our basic moral structure under the guise of personal freedom (certainly an adolescent point of view now extending well into middle age), people can less trust and count on each other. Hooking up and shacking up instead of courtship and commitment leave people having immediate gratification followed by long-term loss and pain. Abortion upon demand has virtually eliminated respect for the creation and protection of children.

What is contributing to that behavior?

We have educational systems that revere “something studies” programs over actual learning of important content and intellectual challenge and that have created angry, Balkanized groups – each feeling a sense of entitlement instead of yearning for cooperation and consideration. We have leaders who behave illegally and immorally. We have reality television totally dumbing down a nation. We have an Internet whose largest growth comes from pornography. We have the abuse of the First Amendment to permit disgusting, evil and destructive behavior. We have the loss of community spirit. We have the feminist movement alienating women from men and children as well as threatening males out of masculinity. And on and on.

I deal every day with people having bought the liberal notions that whatever you want you should have and if someone has a problem with it, it’s their problem. Many of these people are now depressed, cynical, confused, scared . . . and, quite lonely.

On your radio program you frequently urge your callers and listeners to “take responsibility” and “face reality.” Why are so many people in denial about their self-imposed consequences?

Many leaders today have reinforced the blame game. Washington and the Cherry Tree story is only scoffed at and not considered a lesson on how to live life appropriately. We assume our leaders (business, politics, or religious) are cheating on their spouses, sexually assaulting children, misappropriating finances, lying about their agenda to get power, and generally not being great role models. When a President had sexual relations in the Oval Office with a young intern and we parents had to explain oral sex to small children, you knew things have gone very far. The press, with its unbelievably liberal bias, will mislead, hide information, twist facts, and go on biased campaigns serving only to brainwash the people to a particular point of view. Special interests will take a single circumstance and blow it up as though it were typical of our country and society while ignoring facts to the contrary. Special interest groups never seem to turn inward and take responsibility for their own chaos. Instead, they blame history or George Bush. Intact families are generally where people learn their values. With the divorce and babies out of wedlock rate so high, intact families are becoming the exception and children are brought up in turmoil without the balance of a loving mom and dad. Then they wonder: once mom and dad don’t play by rules, why should they?

You urge people to “do the right thing.” What advice would you give people in business (or politics) who may be tempted to shave ethical corners?

I don’t believe there is anything I can say to them that would be compelling enough for them to put their agendas of power, money and sex second to “never walking in the shadows.” When the “poop hits the fan” some may go to jail or spend some time in public disgrace. But then they usually end up with their own television program. What does that tell our kids about how to prepare for life?

Listeners call in to your program with every human issue imaginable. You do not suffer fools gladly and you often offer advice in a take-no-prisoners way. What could leaders learn from your coaching style?

Interesting question. The reason my program has survived over three decades is that I am very personal with each caller and “call it as I see it.” People often say they call knowing they’re probably not going to like what I have to say but they know they need to hear it. I am trusted because I do not schmooze to be “liked.” I would rather be respected.

If you knew that tomorrow’s program would be your very last broadcast (and we hope it’s not), what three pieces of advice would you give your millions of listeners?

A.  Project yourself 20 years in the future, looking back on the decision you’re going to make right now. Which decision would make you be most proud of yourself?

B.  Ensure that to make yourself very important in life by having other people’s lives improved by your having been here.

Latest posts by Rodger Dean Duncan (see all)
Posted in The Duncan Report and tagged Accountability, Behavior, Character, Dr. Laura, Interview, Responsibility
← Mark Sanborn: You Don’t Need a Title to Be a LeaderDoug Conant on Leadership in the Workplace →