About Our Guest: Ann Rhoades is president of People Ink, which helps companies build values-based corporate cultures using the Values Blueprint principles. She was one of the five founding executives of JetBlue Airways and served as Chief People Officer at Southwest Airlines. In her book Built on Values, Ann shares in-depth details on hiring and keeping A Players. Ann’s clients range from hospitals, banks and airlines to hotel chains, technology companies, and non-profit organizations. – Doctor Duncan

Your book Built on Values is about creating and maintaining a workplace environment that brings out the best in people. What have you found to be some of the most common misuses of the idea of values? 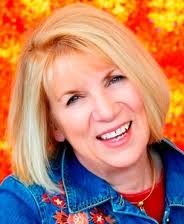 Giving only lip service to the values is a common mistake made by leaders. They plaster value statements or words on a wall or brochure but then fail to hold people accountable for the behaviors related to the values. Living a values model is all about behaviors and making the tough decisions around those values. I refer to it as getting the right results the right way! Not just advertising the right values, but putting the related behaviors into action and holding everyone accountable for those behaviors! No exceptions.

A cardiac surgeon in a prominent hospital system we worked with was so well known that the CEO was reluctant to let him go. But eventually did because the surgeon’s behaviors were the opposite of what the system held others accountable for. The hospital system found that it was one of their best decisions. That decision totally reinforced the principle that everyone would be held accountable, regardless of position or skill level.

You served as Chief People Officer at Southwest Airlines, a company known for its people-friendly culture and its consistently strong financial performance. What’s the relationship between the two?

It has been a long held premise of mine that Leaders drive Values and related Behaviors. This creates the culture and ultimately determines Performance.  Southwest is a great example of a company that has lived this values model for over forty years and has continued to financially outperform their airline industry competitors.

Some organizations hire (or promote) leaders who have strong technical skills but who don’t really measure up on the “people stuff.” What advice do you offer on how to avoid this compromise?

No exceptions on hiring people with the right values! At the start of JetBlue, we were required to hire maintenance players and we erred on hiring one particular person with outstanding technical skills but who did not lead or live the values model we had defined as part of our DNA. We soon realized our error and let this individual go. Once we put in a full behavioral hiring model around the values and related behaviors we were able to avoid for the most part these errors on an ongoing basis.

“Culture change” is on the minds of a lot of business people. What are the most critical steps for transitioning from one culture to another?

The first step is gaining, through assessment, accurate data on what the “culture” really is versus what you want it to be. Gather feedback from both employees and customers. Then set about developing a change model that incorporates the values and behaviors you want to see throughout the organization. Build a hiring model around the respective behaviors, start communicating the new model for behavior, and set a time to start holding everyone accountable for these behaviors.

Also, build a reward and recognition program around these behaviors and start circulating stories about people living those values. Examples are critical and very impactful. It will take two to three years in a large organization and up to a year in most small companies to see the real results with both your employees and customers.

By the way, at some point the impact should be very noticeable to your customers. The comment and change should be obvious from the top and all around the organization. Treat this emphasis on values like any other well-organized project, with a Values Committee focusing on employees from all levels of the organization.

What are some of the keys to sustaining a values-centric organizational culture once it’s established?

The most important key is commitment at the top for the resources and time. Secondly, the values must be lived, and everyone needs to know this is not just some “Flavor of the Month” project. Values must become part of the DNA of the entire organization. That’s when you will know your culture is working to the organization’s advantage.

You talk a lot about finding, hiring, and keeping A Players. Tell us more about that.

A Players are the people who genuinely live your company’s values, every day. They’re not always the high-flying world beaters, and they don’t even have to be part of your leadership team. They could be the front-line employees who smile, who go out of their way to be helpful, who care that things are done right. They are the people who help great companies and great leaders reach their full potential.

The most important positions in your organization are any that directly touch your customers. To your customers, your company is your front-line employees. If you want to attract and retain more customers, you must concentrate on putting A Players there first. Your organization will work as a well-oiled, value-generating machine only if you try, over time, to recruit, hire, train and reward as many A Players as you can.

Bottom line? The most successful companies are those that only hire A Players. They don’t just hire the best of the available applicants simply because they need to fill a position. If they have to, they delay hiring until they find the A Players – those employees who do more than is required, live the company’s values, and truly add value to the organization.

Of course, waiting to hire may mean that you have to delay the opening of a new facility, pay overtime, or be understaffed until you find the right people. A Players aren’t always packaged the way you expect. But when you find them, they help you outperform the competition.

Posted in Blog and tagged Ann Rhoades, Behavior, Culture, Hiring, Interview, Leadership, Performance
← Being Accountable for Accountability (Part 3 of 3)How to Optimize, Reinvent, Maximize Your Business →