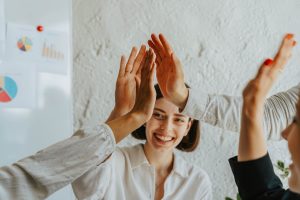 My friend Stephen R. Covey gave us a treasure trove of wisdom about human performance. One of his most enlightening aphorisms was “accountability breeds response-ability.”

Stephen was a strong proponent of personal choice and the individual’s right to make behavioral decisions. After all, “be proactive” is number one on his famous list of Seven Habits. In other words, don’t make excuses or blame others. If you want good results, make choices that produce those results.

Brian Moran and Michael Lennington embrace that view in Uncommon Accountability: A Radical Approach to Greater Success and Fulfillment.

Accountability is not about using force, they say. It’s about freedom—the freedom to choose your own actions and to pursue what matters most.

The authors show leaders how to stop managing by negative consequences and to, instead, “hold others capable.” They underscore that personal choice exists in all interactions and situations and explains how to shift from a mindset of “I have to” to “I choose to.”

I visited with Brian Moran. He’s founder of The Execution Company and has held leadership positions with PepsiCo, UPS and other top organizations.

Rodger Dean Duncan: As you rightfully point out, many people attach negative connotations to “accountability.” How do you prefer to frame it?

Duncan: After they have historically viewed accountability from a negative perspective, what effect does that reframing have on people’s behaviors?

Moran: When thinking shifts, behaviors automatically follow. The realization that accountability is individual ownership quickly changes how one experiences everything.  At the heart of accountability as ownership is free will choice—the recognition that one always has choice, regardless of the circumstances. 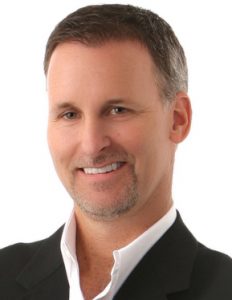 Duncan: For an individual, what do you see as the benefits of accountability?

Moran: The benefits are significant—growth, learning, opportunity, better health, stronger relationship, improved results, increased self-esteem and confidence.  Ultimately, accountability optimizes the control people have over their own results and the life they lead.

Duncan: What role does mindset play in a person’s ability to perform with true accountability?

Moran: Mindset is huge. So much of life happens between the ears. How you think about accountability affects everything from your health, your relationships, your career, your fulfillment, your happiness.

When someone holds the traditional view of accountability as negative consequences, they are less likely to realize and access their power to change and affect their situation.  They tend to look outside themselves, often waiting for someone or something to change. When failures occur, they can shift the blame (“I did what you told me to do”) and learning is stifled. When a person understands accountability as personal choice and ownership, it positions them to perform at their best, exercising their choices to affect the outcomes and to learn.

Duncan: How can leaders help create an organizational culture that inspires people to embrace and champion performance accountability?

Moran: It starts with changing the way leaders themselves view accountability. When leaders think accountability is synonymous with consequences, they typically work to “hold their team members accountable,” meaning they create negative consequences when someone doesn’t perform as expected. At best, that approach creates minimal performance and comes with significant collateral damage from passive resistance to outright sabotage.

When leaders view accountability as choice, as ownership, they stop trying to hold others accountable and instead “hold them capable,” confronting the people with their freedom of choice and the natural consequences of the choices.

Moran: True accountability is never about blaming others or self-blame. It’s about identifying what role I played in creating the outcome and what I might do differently going forward. When relationships are free from blame, trust and intimacy grow and relationships strengthen.

Duncan: Employee engagement is a key indicator of an organization’s success. What’s the connection between engagement and accountability?

Moran: Most people despise being “held accountable.”  It is a misuse of authority and power and offensively manipulating. It creates the exact opposite of engagement. It creates detachment and resentment. On the other hand, when confronted with their freedom to choose, employees are more creative and more motivated, and put forth more effort.

Duncan: What are some best practices in an accountability culture?

Moran: Here are some that seem to produce the best results—

Duncan: You advocate holding people capable rather than holding them accountable. Please elaborate. 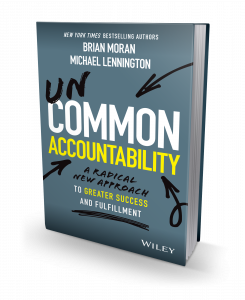 Moran: Where holding employees accountable relies on consequences and threats, holding them capable is essentially the opposite. The act of holding someone capable involves one individual—the leader—confronting another—the employee—with their freedom and choices. This act recognizes that true accountability cannot be forced but rather occurs as an inevitable outgrowth of freedom.

It redefines the role of leadership from treating employees as resources and managing, coercing, and manipulating behavior, to confronting employees with the freedom and responsibility to learn, develop and perform. Set high standards, create empowerment (the freedom to choose one’s optimal actions in the achievement of the high standards), and coach to ownership.

Duncan: To what extent can accountability for great performance become contagious on a team, and what can a leader do to accelerate the spread?

Moran: Every organization is to a large extent a reflection of the leaders—their stated beliefs and their observable actions. If leaders make excuses and blame others, the organization will do the same. If, on the other hand, the leaders role model ownership and puts their energy into identifying the breakdown without assigning blame, then the organization will learn to trust, and to risk, and to look for ways to improve.

As I mentioned earlier, accountability as ownership is a culture change for most organizations. Unlike consequences, which for all practical purposes are applied in one direction (boss to team member), ownership can be reinforced in a 360-degree process (peer to peer, team member to boss, and boss to subordinate). When the culture shifts to one of ownership, everyone has a stake in the outcomes, and everyone can share feedback freely in order to improve performance rather than to punish.