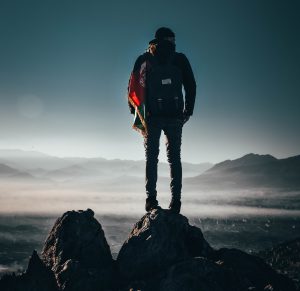 The best views come after the hardest climb.

That truism is embraced by any self-respecting high adventurer. And in this case, “high adventurer” applies to workplace achievers as well as to people braving the treacherous footholds of Mount Everest.

Perhaps more than ever, people in the workplace must learn to expand their comfort zones. Research shows that by 2030 upwards of 400 million workers around the globe will need to change their roles or learn dramatically new skills. Simply put: adapt or be left behind.

Excellent advice for those transitions can come from people who climb literal mountains. Two of them are Amy Posey and Kevin Vallely, authors of Wild Success: 7 Key Lessons Business Leaders Can Learn from Extreme Adventurers. Amy is a Silicon Valley-based leadership consultant focused on neuroscience and high performance. Kevin is an international recognized explorer.

They explain how extreme adventurers view obstacles, how they develop resilience and grit, how they defy the odds and innovate on the fly, and how they discover the mental wherewithal to claw back from setbacks. All of it applies to your daily workplace challenges.

Rodger Dean Duncan: In terms of personality and temperament, what are some key similarities between successful entrepreneurs and successful adventurers who forge unknown paths?

Amy Posey: Anytime you journey into the unknown, whether it’s a new business venture or an expedition, you need to be optimistic that you’re going to succeed. Both entrepreneurs and adventurers are open to new ideas and understand they need to be ready for anything. Their mindsets are more flexible.

Most adventurers I know are highly calculated risk takers who create extensive mitigation plans. They’re not the adrenaline-fueled danger junkies that they’d have you believe. You can argue an entrepreneur puts a lot more on the line from a long-term perspective by investing everything into a business idea versus an adventurer, who takes on more acute risks in the short term on an expedition.

Another trend I see in both is a growth in empathy. Both entrepreneurs and adventurers are beginning to talk more frankly about their emotions when facing uncertainty, being more transparent about their struggles and setbacks. It’s an opportunity to contend with your emotional responses to tough situations and grow stronger.

Duncan:  You write about something called cognitive reappraisal, the process of reframing a negative situation in a positive light. What’s the science behind this, and how can it be employed by someone in a leadership role? 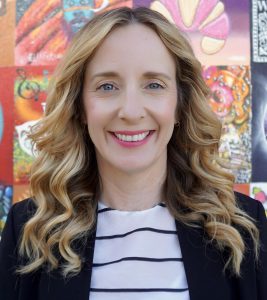 Amy Posey: Cognitive reappraisal is consciously transforming a negative emotional reaction to setbacks into a positive response. It involves recognizing emotions that overload our rational thinking and allows you to work through the negative reactions more effectively.

It sounds a lot simpler than it is to do. Emotional regulation is tough in the moment. But the science shows that the more you mentally transition a negative setback into a positive learning, the better you are at withstanding challenges. The prefrontal cortex, the area of the brain focused on emotional self-regulation, gets activated when you start thinking rationally about a setback, reducing the emotion around it.

When you pivot to looking at those silver linings you re-wire your brain to handle those challenges more effectively. Starting small on tiny setbacks (making a mistake in a meeting, saying the wrong thing on a call) can help you build the habits for when bigger challenges arise.

Duncan:  What lessons can business people learn from adventurers about grit and how to build capacity to persevere over the long haul in especially tough situations?

Kevin Vallely: Adventurers make a career out of being gritty. If they’re not gritty they won’t be successful. Full stop! I’m an adventurer. I’ve been undertaking expeditions for 20 years. The one thing I know for sure is that pursuing dreams in the adventure world is guaranteed to be hard. But there lies the magic.

Having a deep sense of purpose helps to this end. Identifying longer term goals and centralizing them in your life is key. It makes you realize that the knockdowns, the detours, the setbacks are all just bumps along the road.

Persevering, staying true to your course regardless of setback and difficulty, makes achieving what you’re going after so much more meaningful. Perseverance is the investment. Achieving the goal is your return.

Duncan:  As psychologist Carol Dweck reminds us, a “growth mindset” liberates a person to stretch for previously unattained achievement. What do you see in extreme adventurers that could be applied by leaders who want to be adventurous in the marketplace? 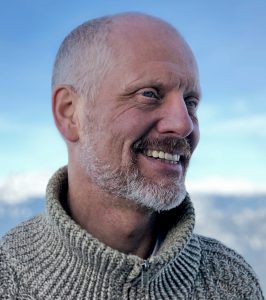 Vallely: The most important thing I see that can be applied is a willingness to take a risk and accept they may fail—spectacularly. Adventurers have the knack of setting themselves up to fail in full view of everyone. What they do is compelling, risky and exciting and it draws lots of media attention particularly when things go wrong. I can speak to this personally.

In the summer of 2013, I led an expedition across the Northwest Passage in the Canadian High Artic, one of the most treacherous bodies of water across the top of the world. It’s been locked in sea ice since long before mankind knew it existed. Just a couple decades ago the only ships that would risk its waters were icebreakers. This has changed in recent years and the passage has opened up. A melting Arctic will be catastrophic for our planet so, to bring awareness to this, myself and three teammates attempted to row a 25-foot rowboat, without sail or motor, across it. It was an undertaking that had never been done before and the very public act of undertaking this journey drew huge media attention to both our cause and our expedition. We were setting ourselves up for failure in a very public way.

And fail we did. We didn’t succeed in traversing the passage but garnered tremendous insight from our failure. We discovered that failing brought more media coverage and, interestingly, that proved good for our cause. We learned invaluable lessons about trying to do something that had ever done before and what to do next time. We gained notoriety as adventurers standing up for a cause we believed in. By stretching ourselves, we became stronger as both adventurers and as individuals. You can’t achieve anything great without taking a risk.

Duncan:  What do you regard as the critical steps in defining a “purpose” that inspires a person to greater achievement?

Posey: Being able to define personal meaning and contribute to something larger is the end goal. Purpose-driven companies perform better, are better places to work, and make bigger impact. People who define their purpose are healthier, more motivated, and keep their brains more productive in life.

So, where to start? Find a spark. If you’re looking to find your purpose, take a step back and look for a spark. What did you love doing as a kid? When did you feel most fulfilled at work or in school? Give yourself time and space to reflect on what makes you truly happy. 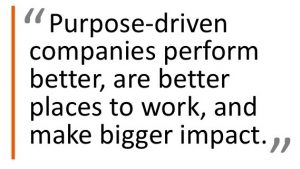 Align the spark with your values. Once you’ve got an inkling of what makes you happy, determine how that can be in service beyond yourself. I always suggest people experiment with new hobbies, side projects, opportunities to mentor or teach and then reflect on the connective points.

Think big picture. Sometimes you can also “back in” to finding your purpose. One of the adventurers we know, Roz Savage, worked backward and wrote her obituary to dig and find the legacy she wanted to leave. Although maybe a bit morose, the exercise does provide a big picture look at how you want to look back on your life.

Duncan:  Being resilient certainly requires more than just positive self-talk. What can a person do to increase in capacity to recover quickly from severe difficulties?

Posey: Well, yes and no. Paying attention to the narrative in your head during and after the challenge is critical. We are negatively wired, and the instinct most of us have biologically is to be negative and self-critical. Working on your own positive internal narrative can help you believe in yourself and build your confidence during challenging times.

But, most importantly, resilience requires you to endure challenges and problems. There’s really no other way to build it. Learning how you respond to future challenges by intentionally finding smaller challenges will build capacity. Resilience is like a muscle—it needs to be stretched and worked to grow stronger.

Duncan:  What’s the one characteristic common among all extreme adventurers? 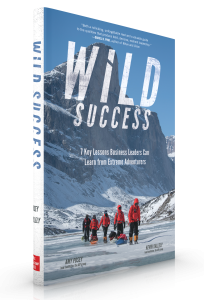 Vallely: They’re flesh and blood like you and me. The story of Sir Ernest Shackleton speaks to this more powerfully than any other. Shackleton has gone down in history as one of the greatest explorers of all time with his astonishing story of survival in the Southern Ocean being the archetype of gallant and effective leadership. The fact Shackleton had a nervous breakdown while organizing the rescue of his men during this ordeal is so far removed from the narrative of the man that it has been all but erased from the history books. I feel strongly it should be celebrated.

The fact that Shackleton suffered a nervous breakdown simply speaks to his humanity and suggests a more astonishing personality than we first thought. The fact that the great Sir Ernest Shackleton is fallible, just like the rest of us, is reassuring. But the fact that he was able to rebound and succeed, is truly inspiring. What it suggests is that Shackleton’s equally impressive characteristics–all very human, too–are equally accessible to us all.

Latest posts by Rodger Dean Duncan (see all)
Posted in Blog, The Duncan Report and tagged Performance
← Is Leadership a Challenge? Crack the CodeEverybody Matters. No Kidding →
Scroll To Top