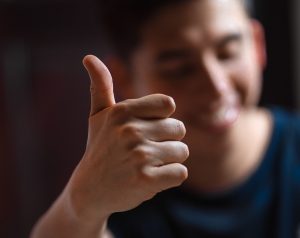 From my memories of being a high school athlete, two coaches stand out. The first was technically sound. He knew the sport well, but his people skills were somewhere south of zero. When recalling his leadership style, the word “tyrant” comes to mind.

The second coach was a novice with the sport, and quick to admit it. He was also very tough-minded and big on discipline. After all, earlier in his career he was a Marine drill instructor. But tough though he was, this second coach was kind, respectful, and always encouraging. My teammates and I responded very well to his leadership. We thrived in both attitude and performance.

I’ve seen both extremes in the corporate world. And in the academic world, in the political arena, in community service, and in every other venue that involves human relationships. And guess what? Kindness, respect, and encouragement always result in the best performance.

That observation is backed up by a broad range of research, much of it conducted by Dr. Kim Cameron, professor of management and organizations and cofounder of the Center for Positive Organizations at the University of Michigan.

Dr. Cameron is author of more than a dozen books. His latest is Positively Energizing Leadership: Virtuous Actions and Relationships That Create High Performance.

That’s a very ambitious title. And in this instance, the author delivers. Early on, Dr. Cameron makes the point that the book “is not about happiology or unbridled optimism” Instead, it’s about “how to capitalize on an inherent tendency in all living systems to orient themselves toward light or life-giving positive energy.”

For anyone who wants to get more from their own life while contributing to the lives of others, this message holds a lot of promise.

Rodger Dean Duncan: When encouraged to be more positive in their leadership practices, some people reject the suggestion by branding positivity as no more than warm and fuzzy “happy talk.” What are your favorite research findings that show the value of positive energy in the workplace?

In another study of 30 healthcare organizations over a two-year period, outcomes on nine measures of performance exceeded industry averages by a factor of 8 to 10. The CEO of one of the Prudential Financial Companies, Jim Mallozzi, attributed the turnaround of his company—from $70 million in the red to $20 million in the black in 12 months—to the implementation of positive leadership principles. 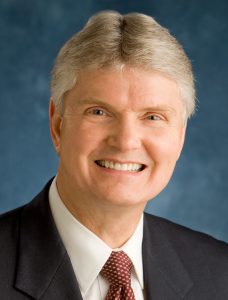 Duncan: You write about the “heliotropic effect.” What exactly is that, and what’s its connection to human performance?

Einstein equated light and energy, and he indicated that light is simply nature’s way of transferring energy through space. Numerous scientific investigations highlight the fact that human beings flourish in the presence of positive energy and languish in the presence of negative energy, so they orient themselves toward that which is life-giving and away from that which is life-depleting. This inclination is called the heliotropic effect.

Duncan: “Virtuousness,” you say, is a key ingredient in leadership that positively influences people. How do you define “virtuousness” in that context?

Cameron: Virtuousness represents the best of the human condition or the highest aspirations to which human beings aspire. If the world was virtuous, for example, there would be no war, no poverty, no illiteracy, and people would achieve their full potential.  The Greeks sometimes use the word eudaimonism to describe this condition—inherent goodness pursued for its own sake.

Duncan: Can virtuousness be acquired by someone who is not naturally inclined to behave in the ways you associate with the term?

Cameron: Virtuousness is inherent in all human beings at the outset of life. Studies demonstrate that even before children are old enough to learn civil behavior, they have inclinations toward fairness, generosity, and compassion.

Infants as young as three months old exhibit behaviors indicative of moral virtue in experiments with puppets. When given a choice between a helpful, virtuous puppet and a puppet that does not help or that hinders another, children overwhelmingly preferred puppets that exhibited helpful, generous, and virtuous behavior. Other studies show that children as young as 10 months old demonstrate virtuous behaviors (including generosity, altruism, fairness, and cooperation) when put in situations when a choice was provided to them. The children in this study demonstrated inherent generosity, far more so than their more rational parents. 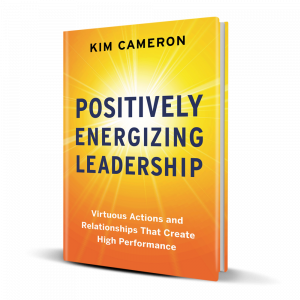 A study of 19-month-old children (the age at which children are most prone to exhibit temper tantrums and physical aggression when they do not get what they want) revealed that most children exhibited generosity even when they were disadvantaged by doing so. For example, even when the children were especially hungry and had missed lunch, most of them returned a fruit treat to another person who expressed a desire for it. Human beings are virtuous by nature and become less so only as they encounter injustice, competition, and mistreatment.

Duncan: A leader’s relational energy, you say, renews and uplifts people. What does relationship energy look like as observable behaviors?

Individuals are renewed when they encounter relational energy in others. Unlike other forms of energy, it elevates or intensifies when it is exhibited. Physical energy, mental energy, and emotional energy diminish with use—people need recovery time after expending them—but relational energy is self-enhancing and self-renewing.  Demonstrating virtuous behavior is among the best ways to enhance relational energy.

Duncan: When someone assumes a leadership role with a team that’s been floundering, what do you recommend as first steps to improving team members’ self-awareness and performance?

Cameron: Here are some that have a big impact—

Latest posts by Rodger Dean Duncan (see all)
Posted in Blog, The Duncan Report and tagged Culture, Influence, Leadership, Mentoring, Performance, Positivity
← Do You Have the Right Stuff to Be a CEO?Engagement Is Good. Happiness Is Even Better →
Scroll To Top