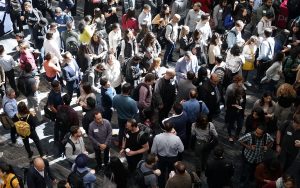 Quick question: Would you rather get a root canal than schmooze with a roomful of strangers?

If you hesitated for even a second in considering that choice, you must not enjoy networking.

Networking may be one of your least favorite activities. But getting past your apprehensions and doing it right can work wonders for your business and for your career.

And it’s not about collecting contacts. It’s about planting relationships.

No one understands this better than Devora Zack. She’s author of Networking for People Who Hate Networking: A Field Guide for Introverts, the Overwhelmed, and the Underconnected.

Devora’s clients include Deloitte, Delta Airlines, the FDA and other high-profile organizations.

An avowed introvert herself, she says traditional networking rules don’t apply to everyone. In fact, the very traits that make many people abhor networking can be harnessed as strengths.

Listen in on this conversation to glean some tips for your own networking.

Rodger Dean Duncan: Introversion and extroversion are both widely misunderstood. What are some common misconceptions that you’ve observed?

Devora Zack: There are so many! Allow me to share some of the most popular. And please note that none of these are true!

Introversion and Extroversion have no relationship to success, Type A or B personalities, or energy level.  Stereotypes abound.

In reality, there are three foundational distinctions between these personality types—

Remember—most of us have elements of both.

Duncan: Why do so many people—whether introverts or extroverts—seem to resist networking? 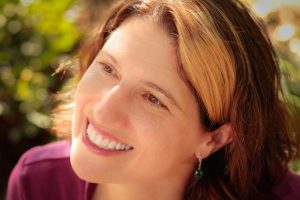 Zack: People misunderstand networking. The thought of working a room or shameless self-promotion is unappealing to most. True networking, however, requires neither. Real networking is the art of building mutually beneficial, meaningful connections one person at a time.

Duncan: You suggest that people’s views on networking are correlated with their “inner monologues.” How can “reframing” such monologues lead to different networking behaviors and results?

Zack: Going back to those “Big Three,” an introvert could say to herself, “I energize along and think to talk—I could never thrive at a networking event!” She could reframe her self-talk to embrace and accept her natural predisposition. The new inner monologue could begin with, “Okay, I think to talk  That means I’ll do best by preparing in advance some interesting questions and plan responses to questions I’m likely to be asked.”

Duncan: Generally speaking, what advantages might an introvert bring to a networking opportunity? And what about an extrovert?

Zack: There are lots! Introverts tend to be natural listeners, and being a good listener makes a better impression on others than self-promotion. Extroverts are great connecters, so they bring together disparate people. 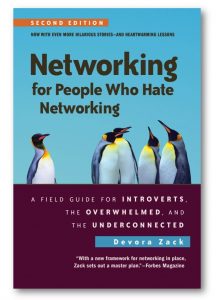 Zack: It’s inaccurate to presume everyone wants to be treated identically. For example, introverts consider many more topics private than extroverts. Therefore, when meeting someone new, begin with broader, open-ended questions, allowing others to decide how specific and personal they wish to be in their responses.

Duncan: What are the most important things a person can do to derive maximum benefit from a networking event?

Zack: Be authentic. You’ll never thrive attempting to be someone you’re not. The idea is not for introverts to try to be extroverts. Work with rather than fight against your true nature. Introverts do not need to be fixed!

Duncan: What is the most important determinate of successful networking?

Extroverts are apt to tell me, “I’m a great networker. I can talk to anyone about anything.”  While that’s a lovely ability, it does not correlate with lasting networking. Far more significant is what happens the next day. If you make a single meaningful connection that evolves into a lasting, positive relationship, that is quality networking.

Latest posts by Rodger Dean Duncan (see all)
0Shares
0 0 0
Posted in Blog, The Duncan Report and tagged Marketing, Networking, Relationships
← Conflict Pulling You Down? You Can Break the PatternAre You a Parent? Then You’re a Leader →
Scroll To Top