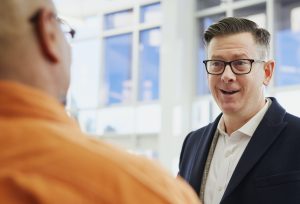 We live at a time when brash and loud seem to be the norm. Our commerce and civic life—and especially our politics—seem to be dominated by in-your-face noise.

Steve is a talent agent who represents more than 250 of today’s top journalists, broadcast executives, and media personalities at CBS, CNN, MSNBC, FOX News, ESPN and elsewhere. He also provides guidance and coaching to athletes, CEOs, and entrepreneurs. If you assume his clients are not exactly the shy and retiring types, you’d be right.

So what is Steve’s approach? It’s summarized in the title of his book—Don’t Take Yes for an Answer: Using Authority, Warmth, and Energy to Get Exceptional Results.

Steve says knowledge, skills, and experience are not the biggest factors in one’s career and leadership success. So what is? The ability to make deep human connections. And the three things that determine your “connectability” are the authority you exhibit, the warmth you convey, and the energy you exude and bring out in others.

In other words, your AWE.

Rodger Dean Duncan:  You use the acronym AWE (Authority, Warmth, Energy) as the prism through which you observe, assess, coach, and develop your clients. Why that particular approach?

Steve Herz: I developed this approach over time, based on something I first learned from an old mentor, Alfred Geller. He was a successful television news agent whose core mission was to do whatever it took to make his client better. He believed that if you could build yourself up into something outstanding, irresistible, or indispensable, the world and the marketplace would be yours. So he obsessed over the details of his clients’ on-air performance, reviewing tapes, analyzing and critiquing every nuance of their delivery.

So I took what I learned from Geller about extracting an excellent performance and started to focus on all-around excellence. And I determined, based on 20 years of working with clients, that authority, warmth, and energy make all the difference in a career that sputters and one that soars. 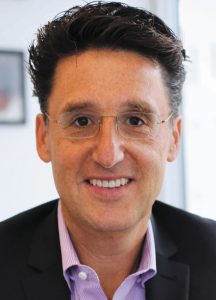 Herz: It’s just the way in which things have evolved. We put metrics around hard skills. We get grades in school on math, science, English, etc. Putting metrics around soft skills is a harder task because some of it is subjective and we tend to grade only what we believe is objective. Personally, I think this is false because much of the hard skill grading is subjective and much of the soft skills are actually objective. But until we can find common ground on how we even define the soft skills, and we get comfortable talking about it, I don’t see widespread change. That’s why it’s incumbent on individuals to be proactive about seeking it out for themselves.

Duncan: Studies also show that more than six in ten recent college graduates believe they possess strong soft skills, while only about 15% of their employers agree. To what do you attribute such a wide gap?

Herz: Two factors. First, many college graduates (and others) have an inflated sense of their overall skill set because of the massive grade inflation we’ve seen in the country over the past four decades. And second, the proliferation of the participation trophy, which has morphed into an MVP (for all) trophy. Employers have largely gotten out of the business of feedback and/or actually firing people (instead using euphemisms like “downsizing”), so these recent college grads are living in an echo chamber of Yes.

Duncan: In your coaching work, what seems to be the most common deficit in professional people’s ability to “project” in ways that lead to success?

Herz: It depends, but often it’s a blind spot that is relatively easy to fix. Such as using filler words (like, so, you know) or having a weak voice/delivery (often from bad habits, not a structural issue) or poor eye contact (while speaking and/or listening) that tends to self-sabotage their ability to gain trust or influence in the room.

Duncan: Your book title is derived from your observation that truly honest (and helpful) feedback is rare in the workplace. To what do you attribute people’s reluctance to be more helpful in assessing each other’s performance? 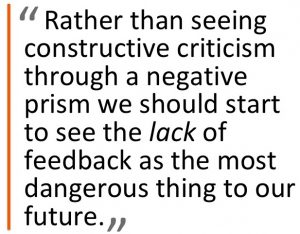 Herz: It’s become the cultural norm not to judge other people. We see “no judgments” on bumper stickers and once that norm takes place, well-meaning people don’t feel safe risking it to offer feedback that might be perceived as inappropriate. Then there is a layer of litigation defense that HR departments are using as a shield, and it’s again not worth the risk for many companies.  Better to say nothing and let someone fail (and protect your own hide) than offer guidance and find yourself on the wrong end of a complaint.

Duncan: So what’s the solution to the problem?

Herz: The solution has to start with the individual. Rather than seeing constructive criticism through a negative prism we should start to see the lack of feedback as the most dangerous thing to our future.

Old paradigms like “no news is good news” and “if it ain’t broke, don’t fix it” don’t apply to the workplace anymore. There are unfortunately plenty of people out there who are blissfully unaware that they are on the chopping block for the next round of “downsizing” or the next “re-org.”  The other solution is for managers and leaders to welcome and encourage feedback of their work on a regular basis and truly be open to learning what their direct reports have to offer. Learning is not a one-way street and only confined to an org chart. Once these leaders do this and demonstrate their sincere openness to feedback, it helps them gain people’s trust and open them up to a healthy vulnerability about their own areas of needed improvement.

Duncan: How can careful observation of others help people increase their own self-awareness?

Herz: It’s often not sufficient to have self-awareness about our own weaknesses. First, just having the awareness doesn’t help us improve in real time. And second, we often forget about our weaknesses and fall back on the safety of our comfortable bad habits. By observing these same bad habits in others, it shines a light back on yourself. For example, if you have a bad habit of saying “like” every other sentence, once you become hyperaware of others doing it, it’s likely to start driving you crazy—and you’ll stop doing it.

Duncan: What are the steps to translating self-awareness into improved personal performance?

Herz: First, you need the equivalent of a personality/communication diagnostic x-ray to see where your strengths and weaknesses lie. Once you have that and you conclude that it’s an accurate depiction, then you can get to work on making the necessary changes depending on what the underlying issues are. For example, if it’s your body language, you might consider doing some core exercises to strengthen your back muscles and develop a habit of standing up straight. If it’s filler words, you can eliminate those. If you have a nasal voice, you can learn some breathing exercises to better support your voice. The fix is usually the easiest part once the diagnosis is made—as long as you truly desire  change. 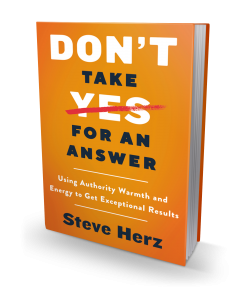 Duncan: A few years ago, on a dare from your wife, you signed up for a 12-week improv class. What did you learn from that experience that could help the business people you coach?

Herz: Listen. Listen. And Listen! Don’t speak until someone else is finished and don’t think about what you’re going to say in response.

Alan Alda wrote in his book “you know you’re listening only if you’re willing to change your mind.” That is something improv reinforces. And don’t negate others. Improv is based on the “yes, and” mentality. Responding to everyone with a “yes, and” elicits a very different response and challenges you (even when you disagree) to be more creative in your dialogue. That forced creativity often ends up bringing you to a much better place. It truly forces you outside the proverbial binary box where most conversations live.

Duncan: Why do so many people never move beyond their own personal plateau in life?

Herz: Because they don’t realize how important their communication is and they focus on things that seem too big or too difficult to change. Therefore, they don’t even make the necessary effort. What’s pretty amazing about what I’ve learned is that some small changes that are fairly easy to implement can yield tremendous benefits.

Latest posts by Rodger Dean Duncan (see all)
Posted in Blog, The Duncan Report and tagged Execution, Performance, Planning
← Is Your Path to ‘Success’ Clear Or Confusing?What ‘Integrity’ Really Means In Today’s Marketplace →
Scroll To Top