More than 40 years ago, Jim was my editor at the Dallas Time Herald where I was an investigative reporter and political writer. 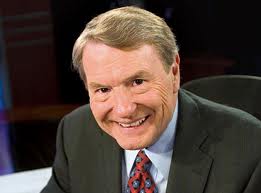 I had previously worked for the nearby Fort Worth Star-Telegram covering the 1968 presidential campaign. Jim apparently liked my reporting, and offered me a job. After some back-and-forth negotiating, he called me one day with the offer. I recall asking, “So how much is my new salary?” To keep things confidential, Jim responded in code: “One five zero.” Translation: $150 per week. Oh, how times have changed.

Anyone watching the news over the past week has heard the uproar about Jim’s handling of the debate. Some say he lost control. Some say he never even had control. Others criticize him for not challenging Barack Obama and Mitt Romney on their answers.

I think all of that criticism is simply wrong. I agree with columnist Peggy Noonan’s assessment: “Jim Lehrer has been criticized as an inadequate moderator. He was old-school and a pro. He didn’t think it was about him. How quaint.”

In 1971 I wrote an article for a national magazine entitled “Vaccination Against Charisma.” The subject was how to wade through the punditry and fluff and make informed judgments about political candidates. This was decades before the Internet, cable TV, social media, and all the rest of the noise that has so much effect on public opinion. I recall one political consultant who told me bluntly: “In American politics, candidates no longer run for office. They pose for office.”

If that were true 30 years ago, and it was, just think how true it is today. Many television people are more celebrity than journalist. They seem determined to be a part of news events rather than observers and reporters. Finding a broadcast “news” person who does not betray a political bias is more difficult than ever. And most of the so-called “debates” we endured during this year’s Republican primary season were more like TV game shows or beauty pageants than serious dialogue about important issues.

To the critics, I say get off Jim Lehrer’s back. He was not supposed to be the main attraction at last week’s Presidential debate. His job was simply to let the candidates go at each other without benefit of teleprompters or crib sheets. He did it admirably well. The result was arguably the most telling political discourse of this year’s campaign.

PS: See this discussion of my recent article and Jim Lehrer’s performance at last week’s debate. Then click here to see (and hear) Jim Lehrer’s comments in his own defense.

Latest posts by Rodger Dean Duncan (see all)
Posted in Blog
← How to Optimize, Reinvent, Maximize Your BusinessDr. Edgar Schein on Culture, Leadership, and Performance →