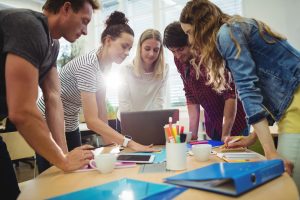 Even for people who were once skeptical about business issues that aren’t tangible, culture’s critical role in an organization’s success is no longer up for debate.

Culture matters. It affects every behavior and every performance metric in the workplace.

Kevin Oakes understands that more than most. He’s CEO and co-founder of the Institute for Corporate Productivity, and he’s invested a career in studying and measuring the role culture plays in organizational success. He shares his insights in Culture Renovation: 18 Leadership Actions to Build an Unshakable Company.

In the first part of my conversation with Kevin, he discussed knowledge-sharing at Microsoft, the importance of adopting a “growth mindset,” and the role of listening in building a culture of trust and collaboration.

Here he explains the difference between simplifiers and “complexifiers,” how you can tell if a leader is genuinely committed to culture renovation, and how to define and reinforce desire behaviors.

Rodger Dean Duncan: Social media platforms have become a go-to communication tool for many top business leaders. But some of those platforms have taken it upon themselves to be the final arbiters of what communication is “appropriate.” What does this trend mean for business leaders who may wish to express views that are perfectly legal but may not be approved by the social media gatekeepers?

Kevin Oakes: Forget what’s “legal” and what may be approved or not by social media gatekeepers—worry more about how messages are received by your customers and your employees. Seventy percent of consumers want to know what the brands they support are doing to address social and environmental issues, and 46% pay close attention to a brand’s social responsibility efforts when they buy a product. Employees want the same. It’s important that they feel aligned with what the company stands for.

Business leaders need to make sure that what they post publicly is aligned with the company’s value. It has a major impact. Too often we’ve seen the direct negative impact social media can have on a brand when leaders of that company don’t consider how their messages will be received by their customers and their workforce. 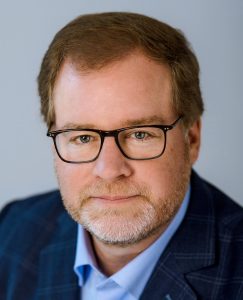 Duncan: You mention a company that asks employees “Is your manager a simplifier, or a complexifier?” In terms of culture and performance issues, what’s the effect of such a question?

Oakes: The context of that statement was around organizations who are surveying their employees on a regular basis. While many companies are surveying weekly, it’s easy to get survey fatigue. A daily question, which Amazon is doing, while more frequent can actually be better for fatigue…it becomes routine and habit to answer one question a day. But to make the questions have more impact, Amazon tries to use thought-provoking questions to initiate conversation and introspection. That particular question on simplifier vs. complexifier is a great one that hopefully causes leaders to think about their day-to-day actions and how their team perceives their management style.

Duncan: What are the tell-tale signs that a leader is truly committed to culture renovation?

Oakes: They communicate and reinforce the core messages on culture regularly, and their behaviors are aligned with the values of the company. Employees emulate what leaders do vs. what they say, so it’s important to believe in the values that leadership has put forth. If leaders are truly committed, they will exhibit those aligned behaviors, and place just as much value on “how” someone executed on an initiative vs. the end result.

Duncan: What are the linkages between an organization’s purpose, culture, and brand?

Oakes: The company’s purpose is its north star and should be a guide in decisions both large and small. From it, the organization’s internal culture and external brand emanate. During the pandemic, this linkage became even more pronounced, and as we plan for an eventual return to work, executives need to recognize that the glue that holds organizations together is not the corporate headquarters or physical offices. It’s the more invisible qualities of purpose, culture, and brand. The interconnectedness of these 3 elements has always existed, but organizations recognize that the internal culture and employer brand—meaning how people perceive the company as a place to work—has a significant influence on the external consumer brand.

We call this the New Corporate Currency, and recently released a report which highlights the opinions of board members and other executives from many well-known organizations on how critical that currency is in today’s new reality. Many CEO’s intuitively get this and—no coincidence—they tend to be the ones running very successful companies.

Duncan: How can leaders most effectively define and reinforce desired behaviors?

Oakes: Defining the desired behaviors is a step in the process not to be taken lightly. The behaviors should be derived from the results of the listening strategy and be in line or in response to the true employee sentiment. With clarity of what the desired new culture will be, top companies understand that new behaviors apply to all leaders—from senior executives to middle managers to front-line managers. While all leaders need to exhibit these behaviors, it’s critical that they are clearly and constantly communicated, modeled, and embodied by the CEO and senior team. It’s also important to measure and reward the desired behaviors among the organization’s leaders; at the very least, the behaviors should be components of the company’s performance management process. Lastly, we found that companies with great cultures were 5.5 to 7.5 times more likely to train leaders on the behaviors they expected going forward.

Duncan: Effective culture change is a community effort that requires cascading sponsorship. How can leaders identify the influencers and the resisters?

Oakes: In every organization there are “go-to” people, the individuals who always seem to have the answer, who know everyone, and whose opinions on virtually everything are sought out. We call these people “influencers and energizers.” You often leave a conversation with them not only with more information, but also feeling energized. These are the people you want to enlist as your culture ambassadors. If they understand and are on board with the culture change effort, the rollout will be infinitely easier and more successful.

However, influencers and energizers often fly under the radar. Many of them are buried in the hierarchy, and it’s not unusual for several to be introverts who don’t immediately stand out. As a result, other than the very obvious ones near the top of the hierarchy, senior leaders almost always don’t know who they are.

That’s why we are such big proponents of Organizational Network Analysis (ONA), which is a science to uncover the influencers, but also illuminate potential blockers. ONA utilizes surveys or common communication platforms like Teams or Slack and, when analyzed, will show who the people are at the center of the beehive and who should be targeted to be a culture ambassador.

Duncan: What are the most pertinent metrics in monitoring culture? 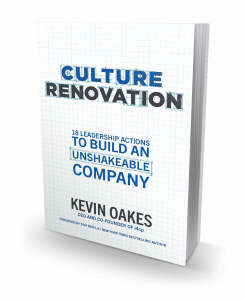 Oakes: There are many measurements that companies use to gauge culture health and culture change success. One that I like a lot is Employee Net Promoter Score, which is very similar to the NPS measurement companies use with their customer base. Instead of asking consumers “How likely are you to recommend this company or product to a friend or relative?” the question is slightly rephrased for the workforce: “How likely is it that you would recommend this company as a place to work?” Tracking the ENPS over time will give the organization an indication of culture progress.

Other metrics that are common are measuring unwanted attrition, inclusion, employee referrals, re-hires, and things like hotline activity or EAP (Employee Assistance Program) usage. But ultimately, companies that show significant improvement in culture will see similar improvement in their financial metrics.

Duncan: What role do stories play in building a culture?

Oakes: Show me a company with a rich culture and I will bet a lot of money they are good storytellers and use stories frequently. Stories are 22 times more memorable than facts and figures alone, and our neural activity increases 5 times when listening to a story.

Stories help make the purpose and values come to life, and many high-performance organizations rely on stories to institutionalize their culture with existing and new employees. Stories are often accompanied by symbols as constant reminders to the workforce—a visual shorthand that immediately conveys the organization’s values and behaviors and creates an emotional reaction to the purpose of the company. For example, Booz Allen Hamilton has 5 values and they’ve literally written them in stone. They award employees who exhibit one of the values with a stone that has the value carved into it, and it’s a sense of pride for employees to display the stone.

Latest posts by Rodger Dean Duncan (see all)
Posted in Blog, The Duncan Report and tagged Culture, Leadership, Performance
← So, You Want to Lead? Lift Where You Stand
Scroll To Top