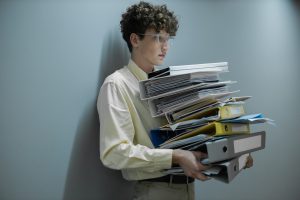 If you’re like most every other adult on the planet, you’ve been frustrated in dealing with one organization or another. Maybe it involved getting your driver’s license renewed. Or getting a refund on that gizmo you ordered online. Or navigating the entanglements of rules and sub-rules of an insurance claim. Or (not so) simply making a change in an airline reservation.

Some people refer to such bureaucratic hassles as “red tape.” By whatever name, these time- and patience-hogging encounters involve excessive complexity and delay, inflexible routines, and other practices that can strangle the best of intentions.

Martin Lindstrom, chairman of a leading brand and culture transformation group (operating in more than 30 countries across five continents), has decades of experience helping organizations free themselves from the morass of red tape. He’s author of The Ministry of Common Sense: How to Eliminate Bureaucratic Red Tape, Bad Excuses, and Corporate Bulls**t.

At the very beginning he offers examples that likely seem familiar:

Fortunately, Martin doesn’t just offer examples of red tape (although some are very entertaining). He provides solid counsel on how to fight a winning battle against the kind of nonsensical practices that would try the patience of even a saint.

Rodger Dean Duncan: In your work with organizational culture, what seem to be the most frequent causes of bureaucratic red tape?

Martin Lindstrom: I notice a direct correlation between common sense and empathy. Let’s define empathy as the capacity to understand or feel what another person is experiencing from within their frame of reference—that is, the capacity to place oneself in someone else’s shoes.

What I’ve noticed is that entrepreneurial companies typically possess a high degree of empathy. Take the two college kids who posted online photos of themselves smoking weed in their dorm room. The next day, when they realized what they’d done, one of the guys observed, “I wish we could retract those photos.” The result was Snapchat, a $50-billion company. Their pain, amplified by empathy, shaped the Snapchat concept.

However, as a company grows, empathy fades. The company begins seeing the world from inside out, rather than outside in. The founders are sidelined, legal and compliance take over in the name of “protecting” the company, and customer and company drift apart.

Loss of empathy, time after time, is the main factor for bureaucratic red tape coming to dominate organizations.

Duncan: In what ways has the COVID pandemic raised people’s awareness of and impatience with breaches of common sense? 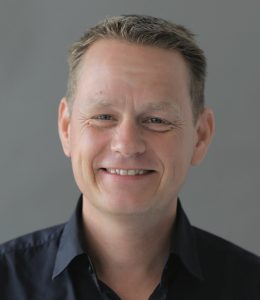 In these smartphone days, almost no one had a pen. Cabin crew provided one, which passengers—from row one to the back of the plane—shared, ensuring that all 87 passengers handled the same pen.

The pandemic has provided what I call a “universal blanket excuse,” a red card that paralyzes everyone’s thinking. Don’t get me wrong. I totally believe in masks and handwashing. But we’ve witnessed one company after another using the pandemic as an excuse to cut costs, reduce service, and neglect common sense.

Duncan: Most people are taught at least the basics of common sense as children. So why does common sense seem so lacking in many organizations run by adults?

Lindstrom: Common sense is based on a “common view.” If this “common view” doesn’t shape us during childhood, it isn’t likely to recover later. With the empathy-common sense correlation in mind, I wonder: Where did things go wrong? I identify three major factors:

Duncan: What role does empathy (or lack of it) play in common sense issues?

Lindstrom: Often, lack of  empathy is the root cause of the lack of common sense. The better an organization is at weaving empathy into its narrative and culture, the more prominent common sense will be.

Here’s an example. One of my clients is one of the largest pharma companies in the world, the number-one player in the respiratory-and-asthma field. I asked this company’s execs, “When did you last spend time with patients?” Guess what the answer was: “Never.” They had all kinds of excuses about compliance and regulation. I said, “That’s BS.” For the first time in this company’s hundred-year history, we went to talk to patients.

One of their patients, a young woman, told us how she feels excluded from her tribe, disconnected, embarrassed about having asthma. I asked her, “How do you get around this?” She told us, “I actually have a little secret.” She dug down into her handbag for a soda straw. “I ask other people to hold their noses and breathe through the straw. I tell them, that’s what living with asthma is like.” A really clever idea, I thought, so I passed out straws to senior management, turned off the lights, and had everyone breathe through their straw and listen to the sounds of everyone struggling to breathe. Half the senior managers lasted less than 30 seconds. They said, “This is ridiculous, I can’t breathe this way.”

I said, “That’s exactly how your patients breathe every minute of their entire lives.” For the first time, they experienced real empathy for their customers. R&D was redesigned. So was the way they communicated with consumers. In fact, the entire organization was redesigned. Today, when new staff join the company, they receive “empathy kits.” What’s truly fascinating is that the increase in empathy has increased the company’s level of common sense.

Duncan: Technology advances can simplify our lives in many ways. But when common sense is violated, technology can also impose unintended consequences. Can you give us some examples from your research?

Lindstrom: The other day I booked a flight to Paris, with a return date three days later. As I checked in for my return flight, the person behind the counter observed how early I was for my return. I assumed he meant that I’d arrived with an hour to spare. In fact, their system, noting there were no flights available on my requested day, had auto-corrected my reservation and booked me on a flight 33 days in the future. I blamed myself for not double-checking the system, but that’s the issue. We tend to blame ourselves for our failure to understand technology, when in fact the programmers are to blame.

Duncan: Why do some people (and organizations) focus on making excuses for troublesome practices rather than fixing them?

Lindstrom: Typically, because the KPIs (key performance indicators) don’t encourage staff to act in the interest of customers. Take Maersk, the world’s largest shipping company. Their call center employees were labeling every single complaint as the fault of “force majeure.” I discovered that ticking the “force majeure button” required the staff member to fill out one form, while other reasons required three or more forms. They were being evaluated on “time spent per issue,” not on “customer satisfaction.” The KPIs weren’t aligned with the objectives. When this was corrected, Maersk’s customer satisfaction scores nearly tripled.

Duncan: You refer to workplace politics as “the invisible straitjacket.” What are some best organizational culture practices for creating an office politics immune system?

Lindstrom: Ensure that the office is directly linked with the customer’s mindset, rather than driven by an “internal point-of-view.” The more the office is rewarded and measured by customer satisfaction, the more common sense thrives.

Reward the outliers inside your organization to introduce change aligned with the customer mindset. Celebrate customer-satisfaction success and realign KPIs around it. Then, spread the word-of-mouth through an internal “movement,” convincing one staff member at a time to make one improvement. Then hand over the baton to the next staff member to replicate that positive change.

Duncan: Many people seem to be addicted to (or at least highly dependent on) smartphone apps that handle every conceivable human need. What effect does this digital reliance have on people’s use of common sense? 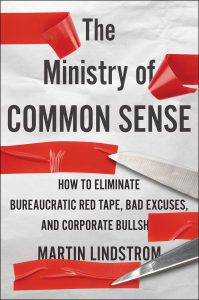 Lindstrom: I ditched my phone four years ago and recovered my ability to be bored. Boredom introduces a pause in our lives, allowing creativity to thrive. Addicted to our phones, we rarely pause and ask ourselves if what we’re doing is right. We check the weather before going outside, rather than looking out the window. And if a major event scheduled for later this week depends on the weather, we’ll keep searching weather forecasts until we find one that predicts the weather we need. Technology is great—until we become its slave and allow algorithms to run our lives.

Duncan: You like to help organizations see themselves from the outside-in rather than from inside-out. What’s that all about?

Lindstrom: “Outside-in” means to see the company through the lens of the customer, rather than through an internal lens that is often polluted by a restricted mindset that typically sees “problems” before “opportunities.”

Duncan: Rather than investing in five-year or even one-year interventions, you urge companies to focus on 90-day change efforts. Why?

Lindstrom: Ninety days is in line with Wall Street’s quarterly revenue announcements. It operates within the limited timespan that often controls the CEO. By initiating these quick sprints, you’ll typically be able to rally the organization. You’ll generate immediate results that can create the foundation for longer, more complex turnaround projects.

Duncan: You recommend that organizations replace common sense lapses with simple, intuitive solutions that eliminate confusion and impracticality. You suggest that this be overseen by a governing body that you call the Ministry of Common Sense. How are the members of that group selected?

Lindstrom: I always search for the people who are known for making things happen. Those individuals are rare. We estimate that fewer than 5% fall into this bucket, but if we identify and use these people, they’ll help ensure that a Ministry won’t end up with only promises and good intentions. Instead, it will actually change the organization for the better.

Latest posts by Rodger Dean Duncan (see all)
Posted in Blog, The Duncan Report and tagged Bureaucracy, Inefficiency, Red Tape
← How Everyday People Become Extraordinary LeadersDo You Have the Right Stuff to Be a CEO? →
Scroll To Top