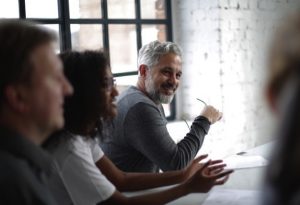 For some people, “culture” is little more than soft and fuzzy stuff like beanbag seats and foosball tables in the employee lounge.

But it’s much more than that. An organization’s culture includes all the values and “rules”—both written and unwritten—that affect people’s behaviors. It includes the way people interact, how they make decisions, how they deal with conflict, how they solve problems. Culture dictates how people challenge the status quo—if, in fact, challenging the status quo is even “allowed.”

Culture can have a positive impact on an organization’s performance. Just ask the folks at Southwest Airlines, Zappos, Salesforce or at most any of the workplaces on the “Best Companies to Work For” lists.

Conversely, culture can have a negative effect on a company’s performance—think Uber or Volkswagen.

Establishing a helpful organizational culture is not like installing a new air conditioning system. It’s more of an organic process. And nurturing a sick culture to good health is a daunting task. But it can be done.

That’s the view of Colin D. Ellis, an award-winning culture change and project management specialist. Based in Australia, Colin is author of Culture Fix: How to Create a Great Place to Work.

Rodger Dean Duncan: Establishing a sound business case for change is a fairly obvious need. But what about making a strong psychological case for change? What steps do you recommend for influencing people to “buy-in” to a proposed change? 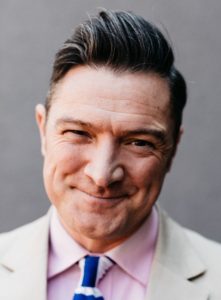 Colin D. Ellis: Most culture change “programs” fail at the first hurdle because senior executives are looking for immediate financial paybacks and yet what they often miss is that these are possible only when employees feel safe and see those same people walking the talk.

This requires commitment from across the enterprise for a different way of behaving and interacting, tied to a set of core values and a vision that excites people.

Buy-in to this approach is gained only when everyone with the organization is represented in this redefinition exercise. If the senior management team—or worse, an outside branding agency—is given this work, then employees can rightly stand back and say “that’s not our culture.”

Culture belongs to everyone within it. Therefore, everyone has to have a say in what it should be.

By taking this approach, senior management people are making an emotional connection with the people they lead and demonstrating that they are as much a part of the solution as everyone else.

Duncan: What do you see as the primary responsibility of people who “sponsor” a major change initiative? In addition to obvious things like providing budget and rhetorical support, what should sponsors do to help ensure the success of a change effort?

Ellis: Principally they must ensure that their peers remain committed to change. Many cultural change activities are led by someone with energy, drive and commitment to implement new ways of working and behaving. And yet, without their peers making the same commitment, these initiatives are often doomed to failure.

Where traction is gained, then the sponsor must be the shining light of what’s expected of everyone.

For example, if a CEO felt that meetings were holding back productive work, they can prove that they are part of the solution, by taking only four hours of meetings per day. The rest of the time could be spent walking, talking, and travelling to interact with those on the front line. This will serve not only to get everyone to question their own approach to prioritization but would also increase morale as the CEO instantly became more visible. 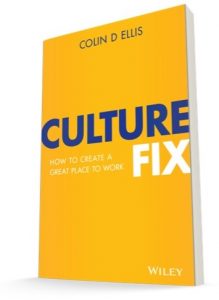 Duncan: In forming a project team, it’s tempting for some well-intentioned people to allow a desire for “diversity” and “inclusion” to dictate selection of the players instead of things like skill sets and pertinent experience. What’s a good way to guard against that mistake while maintaining good relationships with colleagues?

Ellis: For a culture program to be successful it’s important that the team not only represents the different roles and functions within an organization, but also the different personalities and viewpoints within it. To that end, cognitive diversity—people with different styles, experiences and perspectives—is crucial in ensuring that all viewpoints are considered.

This team is a representation of the organization and needs to retain a growth mindset to help others to see what’s possible. Telling people to be positive is not a strategy for success. Those who are skeptical about change need to be shown—and involved—in the activity that sets about creating a new status quo.

Cynics should be listened to, but only to a point. Anyone who behaves or performs poorly should be dealt with appropriately. Otherwise, they’re likely to hold the culture back for years to come.