First, congratulations on your re-election. Thanks to the ground rules in our wonderful Republic, you are the President of all our people. But 57 million of your fellow citizens voted for your opponent, so there is much work to be done to move the entire country forward, as you say. And it must be done together.

We want you to succeed. Really, we do. We want and need a President who genuinely reaches out to people of every political persuasion in every demographic, as you promised to do in your victory speech. 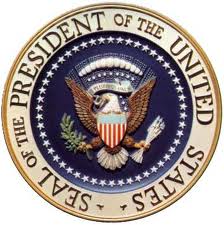 Americans want and need a leader in the White House, not someone who’s perceived by some (fairly or not) as a celebrity. We want and need a President who inspires people to collaborate for the good of our nation, operating above the name-calling and class warfare that sows acrimony, resentment, and division.

You are gifted with intellect. We like that in our presidents. Please remember that other well-intentioned people have good ideas, too. Using words like “revenge” and saying things like “we won, you lost” drive a wedge between the very people whose cooperation you profess to want and that the country so desperately needs. Forty years ago we had a President who kept an “enemies list.” How’d that work out for him?

Please do not use the word “mandate” in describing your re-election. The only “mandate” that anyone received in this cycle is the charge to collaborate in behalf of all of America. We’re weary of gridlock and partisan posturing. We need real leadership, not more of the same bickering.

You face an immense challenge as you lead our nation for the next four years. Our country is undergoing substantial changes both culturally and economically, and the stress and anxiety these changes prompt have only been amplified by the contentious election campaign we all just endured. Effectively leading others through change – whether you’re the CEO of a company or the President of the United States – is all about turning your good intentions into great results. As you lay out plans for your second term, you might consider these five points:

Validate the Journey. In addition to making a political case for your agenda, you must make a solid psychological case. Democrats in Congress voted for your 2,000-page health care bill before people even had a chance to read it. The resulting firestorm of pushback on ObamaCare should be no surprise. The hundreds of Executive Orders you’ve signed are seen by many as an attempt to skirt the will of the people. Some even use the word tyranny to describe your fondness for the presidential pen. Take the time to make a real case for your position. If your agenda has genuine merit, you should be able to garner support. The American people want to be led, not lectured. And certainly not coerced.

Scan for Speed Bumps. Ideas often fail, not on their relative merits, but on how well resistance is handled. There is plenty of resistance to your agenda, starting with the 57 million people whose vote you did not earn. Then there’s that pesky Republican Congress. You think they resisted you last time? Many of them are thinking “forewarned is forearmed.” Many of the speed bumps you face are of your own making: a crushing deficit, unemployment rates exacerbated by taxes and regulations that stifle job creation, a discredited $800 billion “stimulus” that many see as no more than payoff for your allies. And of course Libya. Don’t expect the Benghazi thing to fade away. You cannot run out the clock. With your re-election, the clock has been reset. Responding honestly (and perhaps embarrassingly and painfully) to the many questions about your administration’s handling of the terrible Benghazi debacle could have a profound effect on your ability to govern credibly.

Chart the Course. Effective leaders appreciate the value of compliance and understand the advantages of commitment. You’ll serve yourself (and us) well if you focus on values like trust, transparency, and empathy. These are not just feel-good terms for a soaring speech. They are absolutely imperative behaviors for anyone who presumes to lead. You will of course never get everyone to adopt your view of how government should and should not work. But neither will you be able to accomplish much beyond photo ops if you merely try to impose your will on people who disagree with you. (See Validate the Journey and Scan for Speed Bumps, above.)

Build a Coalition. Yes, you still have a Democratic Senate. But you also face a Republican Congress that is likely more cynical than ever about you and your agenda. Not to mention conservative interest groups that spent billions to defeat you, or the tens of millions of voters who cast their ballots for the other guy. Great leaders know that synergy is not created by merely adding things together. Synergy comes from bonding things together differently. If you seriously want to operationalize your campaign slogan of “Forward,” you must compromise. To some in Washington, that may be a dirty word. But it’s an action verb that’s more necessary than ever. (This applies to you, too, Leader Reid and Speaker Boehner.) Compromise does not have to be capitulation. It can and should be decent people finding common ground for the common good.

Mind the Gap. On the issues of debt, taxes, immigration, and several other matters, our nation is facing a slow-motion train wreck. Solutions require unity. As a seasoned politician and former community organizer, you surely understand that resistance is like a savings bond – it doesn’t go away, it just matures with interest. The authentic leader acts as emotional guide in helping people navigate the white water of disagreement. There’s no doubt our American culture is undergoing change. Please lead in a way that unites rather than divides.

Mr. President, nobody gets a second chance to make a first impression. But you’re getting a second term, albeit by a razor thin margin of the popular vote. You can be a gracious winner and lead with the bipartisan approach you once promised, or you can continue to preside over a nation painfully divided by rancor and disrespect for differing opinions. The choice is yours. Please choose well.

Rodger Dean Duncan is author of Change-friendly Leadership: How to Transform Good Intentions into Great Performance and was a full-time consultant in two White House administrations.