Many bestselling books, it turns out, were not actually written by the people whose names are on the cover. In addition, probably nine out of ten speeches you hear from public figures (politicians, celebrities) and business people are the work of ghostwriters. Early in my career I did a lot of ghosting – books, magazine articles, newspaper op-eds, speeches – for clients ranging from White House cabinet officers and U.S. Senators to corporate titans and even academics and religious leaders. It’s honest, though generally anonymous, work.

Today, Jeff Haden is one of the best ghosts around. He’s ghostwritten nearly 40 books for some of the smartest CEOs and leaders in business. He’s worked with clients in Canada, Holland, UK, France, Italy, Germany, Sweden, Australia, Bangladesh, Brazil, and lots of places in between. He’s also a columnist for Inc. magazine. Because Jeff practices his craft so well, I suspected he’d have some interesting perspectives to share. I was right. 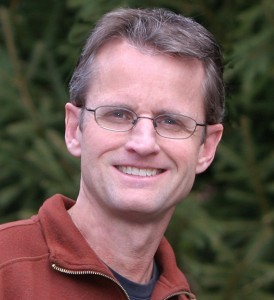 You’ve ghostwritten books on everything from commodities trading to breastfeeding. What has this taught you about how to take a potentially boring subject and craft it into a compelling narrative?

No subject is boring to a person interested in that subject. (At least it shouldn’t be.) The key is to create some kind of story arc. Anyone who picks up a non-fiction book is at Point A. Your job is to get them to Point Z: Informed, motivated, entertained, possessing new skills, ready to try something new… whatever your goals as the author may be. If you do a good job of taking the reader on that journey, it’s not boring.

And nothing says you can’t use a few fiction techniques: A little foreshadowing here, a little digressing there.

But really it all comes down to delivering on the promise you make to the reader, which is to deliver real substance, real value, no fluff. If you do that, you’re most of the way there.

How do you manage to write in the “voice” of the author-of-record?

It’s not as hard as you might think. A few people communicate at the extreme ends of the spectrum: really chatty or breezy, or extremely professorial and highbrow. I stick to an extreme voice if that best serves the audience (since that’s what matters most.)

But those instances are fairly rare. Most of the rest of us fall somewhere in the middle.  Since I write “popular” stuff, for want of a better way to describe it (maybe “mainstream”) the voice tends to be smart yet approachable, authoritative yet a little self-deprecatory – like a smart conversation over a cup of coffee. The goal is for the reader to put the book down and think, “Wow, he/she is really smart, but he/she doesn’t think he/she is smart. That was an awesome conversation.”

I use the word “conversation” on purpose. Books don’t need to be conversational, but they should feel like a conversation (albeit one-sided), because that means you’ve managed to engage the reader. Readers should feel almost like they’re sitting with you.

What components of a good book are also applicable to a speech or presentation?

All. The best speeches tell a story. The best TED Talks tell a story: They take you from one place to another by taking you on a journey that informs, challenges, makes you go, “Hmmm…” A book should be the same way. A little longer form, obviously, but the goal is the same.

Sometimes, when a client and I are fleshing out the scope of a book early on, I tell them to pretend their book is made up of 12 TED Talks. Really you can only get maybe 10 or 12 sweeping themes across in one book – otherwise it should be turned into several books… or you’re trying to combine disparate elements that distract from rather than support your overall theme. If you think about the journey a book takes you on, that journey should be no more than 10 or 12 major steps.

A speech is the same way, except for the most part you should only be trying to take the audience on a journey of one step.

You write a lot about management, leadership, and entrepreneurship. What do you see as common elements in those fields? What are some key differences?

They all tie together. The best managers are leaders, not “managers.” Anyone can make sure people basically do what they’re told to do. Leaders take people places they didn’t think they could go. So a good management book is really a leadership book.

The same is true with entrepreneurship. Once you get past the nuts and bolts of, say, financing, or capital, or marketing (the hard skills) every entrepreneur also needs to be a leader. They have to be able to get people to go where they want them to go – ideally they get people to go somewhere because that’s where those people want to go, because they’ve embraced the goal or vision, etc.

Entrepreneurship is the same way. No company is built by one person. The best startups take on lives of their own. Every extremely successful entrepreneur I’ve ever talked to is proud of what they’ve personally accomplished… and humbled by how their employees took the company to places they never dreamed it could go.

Rhythm and cadence are important in speechwriting. How do (or should) they also affect writing for print?

I may be alone in thinking this, but writing for print should be really, really close to writing for the spoken word.

Over the last 10 or 20 years the use of email, blogging, etc has changed how we communicate in writing. People expect to read material that is closer to conversational than it once was. People expect writing to be approachable and accessible. They have little patience for writing that feels impersonal. Almost everything we now read is fairly personal – even on, say, business websites – so it’s jarring when the writer creates an artificial “distance.”

Think about a book that really captured your attention and drew you in. You felt like it was written just for you. Partly that’s because the rhythm and cadence felt like the writer was speaking to you.

What percentage of non-fiction books would you guess are ghostwritten? Should book buyers be concerned about that?

I’m just guessing, but I’d say over half, at least in the business and self-help genres.

Think about it this way. Say I’m a world-class cardiologist. I’m skilled, experienced, I’ve developed new ideas for recovering from a heart attack. I have a lot to say. The problem is I’m a heart doctor. I don’t have time to sit down and “say” it. So that’s where someone like me comes in. Without a ghostwriter, that cardiologist may never be able to help millions of people who suffer from heart disease.

As for whether book buyers should be concerned, I may be biased but I think of it this way: If you read a book and get real value from it, who cares who “wrote” it? The value is in the material, not the name. Does it somehow make the book better because the author sat down and wrote every word himself? Is an iPhone not such a great product just because Steve Jobs had help creating it and didn’t personally assemble each one?

Also keep in mind every book I write is still the author’s book. They may not write every word (or any of the words) but when we’re done they feel it totally represents their ideas, their strategies, their tips, their techniques. They feel it’s theirs. If they don’t feel that way I haven’t done my job correctly.

As both a student and practitioner of good communication, what advice would you give someone who wants to get better at “connecting” with other people?

Start with this: IAATA. It’s all about the audience.

Take networking. The goal of networking is to connect with people who can help you make a sale, get a referral, establish a contact, etc. When we network, we want something.

Writing and speaking are the same way. What your audience needs is your primary concern. If you’re writing just to celebrate the greater glory of you, you’ll fail to connect. If you’re clever just for the sake of being clever, you’ll fail to connect. Doing anything with the goal of serving yourself will result in serving no one – including yourself.

Think back on a terrible presentation you suffered through. I feel sure it was terrible at least in part because the speaker was self-serving, or self-absorbed, or tried to impress you with his knowledge or wit or experience, or name-dropped just for the sake of dropping names. He lost track of the fact that his main goal – his only goal – was to serve the needs of the audience.

Mike Williams, the CEO of the David Allen Company, once said to me, “A great way to be significantly more productive is to start anything you’re about to do with one question: What does a wildly successful outcome for this meeting, project, conversation –whatever it might be – look like?”

If you ask yourself that question in terms of the people you speak or write to, you can’t go wrong.

If you’re in it only for yourself, then someday you will be by yourself. If you’re in it for others, you’ll not only achieve success – you’ll have a lot of friends.

(Note: This interview by Dr. Duncan was first published by Forbes magazine where he is a columnist)

Latest posts by Rodger Dean Duncan (see all)
Posted in Blog
← Taking the Complications Out of SimplicityChange, Speed, and “the People Stuff” →
Scroll To Top