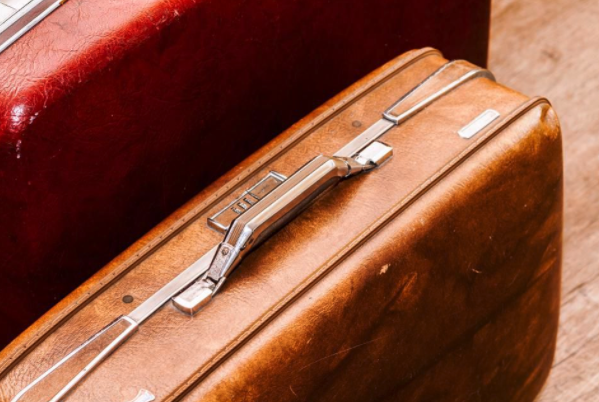 In some organizations, the pace of change is so frenetic and the people feel so out of control that the workplace resembles a cast party for “Return of the Zombies.”

In this kind of atmosphere, resistance, cynicism, and fatigue come not so much from a particular change effort but from the cumulative enormity of what people are asked to do.

The question is not whether to change. Change is a constant, and it’s not going away. If it seems as though the status quo is the status quo for only about 20 minutes, it’s because that’s simply the world in which we live.

Standing still means being left behind. Success hinges on choosing what to change and then implementing the change with appropriate timing and speed while tending to the “people stuff” that can make all the difference.

Of course “the people stuff” is often the biggest challenge.

Here’s a true story about a baggage handler who was a walking metaphor for what ails many change efforts.

My Delta Airlines ﬂight had just landed in Fort Myers, Florida. The ﬂight was an hour late and I was especially eager to stay on schedule for a client meeting. This particular plane was a smaller aircraft (with only about 50 seats), so we had to check luggage at the gate. Upon arrival, we were told to wait for our bags to be unloaded and then carted to the jetway.

I watched the baggage handler carefully. He had his left hand in his pants pocket and reached into the belly of the plane with his right hand to retrieve each bag. Even with heavier bags, which he lifted only with great effort, he used only his right hand. Naturally, this slowed the process considerably.

Being an experienced traveler, I quickly did the math. This one-armed baggage handling method was going to take at least ten minutes longer than normal. About 30 passengers were waiting for their luggage. That’s 300 minutes—ﬁve hours!—of unnecessary waiting.

An airline gate agent was standing nearby, so I started a conversation.

Rodger: Do you notice that the baggage handler is using only one hand?

Agent: Yeah. He keeps his left hand in his pocket.

Rodger: Is he injured?

Agent: No. He’s lost a lot of weight and he keeps one hand in a pocket so he can hold his pants up.

Rodger: Are you serious?

Agent: Yeah. He’s planning to lose about 20 more pounds and he doesn’t want to buy new pants until he reaches his target weight.

Rodger: Why doesn’t he cinch up his belt?

Agent: It’s already on the tightest notch and he doesn’t want to buy a new belt until he’s ﬁnished losing weight.

Rodger: I wonder if he knows that he could punch more holes in his belt. Or he could hold his pants up with suspenders, or even a piece of rope.

Agent: He’s apparently not thought of that.

Rodger: I wonder if he realizes he could burn more calories and lose weight faster if he used both arms to handle the luggage.

Really, I’m not making this up.

Here was a man who was clearly not engaged in his work (and apparently his supervisor wasn’t either). In fact, it could be argued that he wasn’t fully engaged in his own weight loss program.

Being Change-friendly is about engaging people’s heads, hearts, and hopes in the causes they serve. It’s about helping people “connect the dots” between their own values and aspirations and the strategic goals and purposes of their organizations.

Unlike the baggage handler who kept customers waiting rather than hold his britches up with a tighter belt (or even a piece of rope), Change-friendly people see the big picture. They understand strategic imperatives. They understand the tactics needed to translate good intentions into great results.

Then they make it happen.

Latest posts by Rodger Dean Duncan (see all)
0Shares
0 0 0
Posted in Blog, The Duncan Report and tagged engagement, Productivity, Work, Workplace
← #MeToo and the High Cost of SilenceFeedback: Reach the Heart Through the Brain →
Scroll To Top