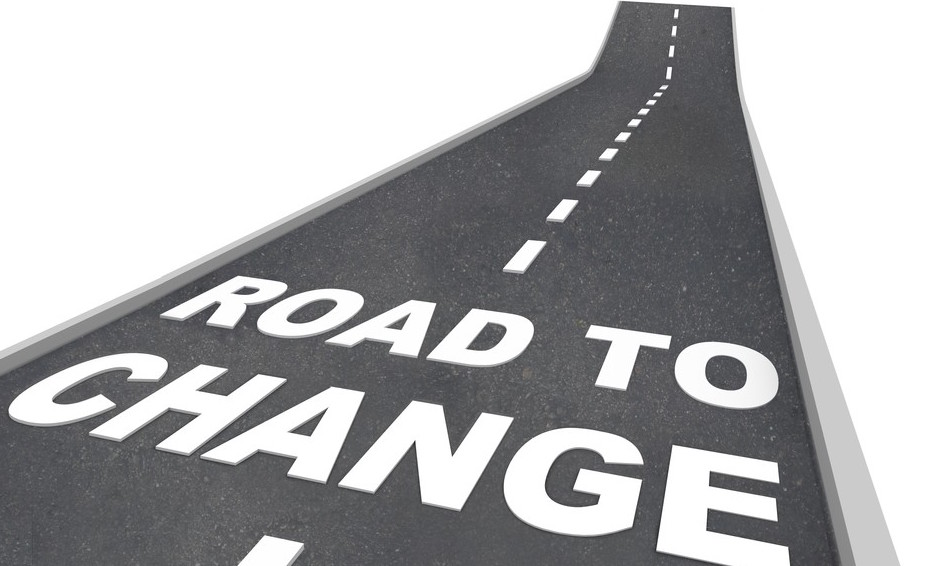 That’s what Army General Eric Shinseki said, and it applies to all of us regardless of business.

Trouble is, studies show that most change efforts fail. Period.

It’s not for lack of time or money or consultants. Those resources are in rich supply. It’s not lack of effort. The marketplace of ideas has an abundance of hard workers. Intelligence isn’t the issue. Smart, eager people are all around us. And it’s not because would-be change practitioners don’t “organize” properly. Change project flow charts are as common as smartphones.

The problem is that change is too often regarded as a linear sequence when it’s in fact more of an organic process. Success with change is less like installing an air conditioner and more like growing a garden. It’s less like engineering an event and more like navigating a journey.

Success with change does require skill with “organizational” things like adjusting priorities and deploying resources.

But even more importantly, success with change requires skill with the “people stuff”—challenging paradigms, conducting honest dialogue, earning and keeping trust, and collaborating in ways that foster enthusiasm, ingenuity, and real synergy.

To be successful, your approach to change must be friendly. In this context, “friendly” is not intended to connote coddling or indulgence. And it certainly doesn’t imply a warm and fuzzy, hands-off approach to serious issues. Change-friendly leadership focuses on behaviors more than mere process. The aim is to produce successful change by acknowledging the sentiments and leveraging the individual gifts of people affected by the change, whether as champions, change agents, sponsors, or end users.

Leading a change initiative may occasionally entail tough love. But it always operates from a platform of respect and caring, not intimidation and contention.

To stay on track to getting the results you want, here are seven repeatable steps to successful change:

Generate early dialogue about people’s concerns. Justify the change or transition. Build a solid business case—and psychological case—for action. Change is movement away from the present, through a neutral zone that’s neither completely old nor completely new, and toward a future that promises not just something different but, hopefully, something better. Give people a compelling answer to the question “What’s in it for me?”

Assess the climate for change and identify points of resistance that must be neutralized or converted. Change never occurs in a vacuum. Neither does resistance. Both occur in the context of real people struggling with real (or imagined) issues that have real (or imagined) consequences. Avoid the mistake of regarding resistance as inherently negative—a noxious intruder that needs to be smothered into silence. Resistance is not necessarily a sign of disloyalty or of “not being a team player.” Resistance can actually be a gift. Why? Because resistance can alert you to your own blind spots.

Every good change leader needs a map that shows not only where you’ve been and where you’re going, but keeps you well grounded in the here and now. Effective change leadership is all about influence. So use multiple influence levers. For example, link the change to people’s passions. Show them how the change is connected to things they really care about. Shrink the know/do gap. Ensure that people have the skills necessary to produce the change. Make it easy. Honestly examine all your processes and procedures to ensure none of them is hindering more than helping.

Many change efforts fail because of a psychological “black hole.” The term is borrowed from the field of astrophysics where it’s used to describe those regions of space from which nothing, not even light, can escape. There’s a frustrating equivalent to the black hole in the organizational universe. Management “announces” a change initiative, then all traces of the change vanish in the bureaucracy. To avoid this phenomenon, create a powerful network of cascading sponsorship. Enlist people throughout your organization who can credibly reinforce the case for change. They can operate sort of like the extenders that help broadcast the Wi-Fi signal in your home.

Smart leaders carefully navigate the currents of organizational change. And when the currents aren’t going their way, they ford the streams. Cultural awareness is critical. Leaders who fail to become explicitly conscious of the cultures in which they operate have no hope of “managing” their cultures. The cultures will manage them. Culture is a key part of your organization’s operating system. Tend to your culture with tender-loving care and it will help you and your people get the outcomes you’re after.

Too many so-called leaders buy into the myth that simply sending a message will produce the result they want. That single mistake is at the root of most challenges with change efforts. Successful leaders get very clear on what, how, and when they want to communicate. Then they stay on message. An integrated systems approach is helpful. This should include (1) a communication system with a well-conceived strategy and appropriate tactics, (2) a learning system to show people how to do what you’re asking them to do, and (3) a reinforcement system that emphasizes the behaviors and practices required to accelerate the change and implementation.

To get a clear view of the change readiness in your organization, take the free CHANGE-friendly IMPLEMENTATION Self-Assessment.